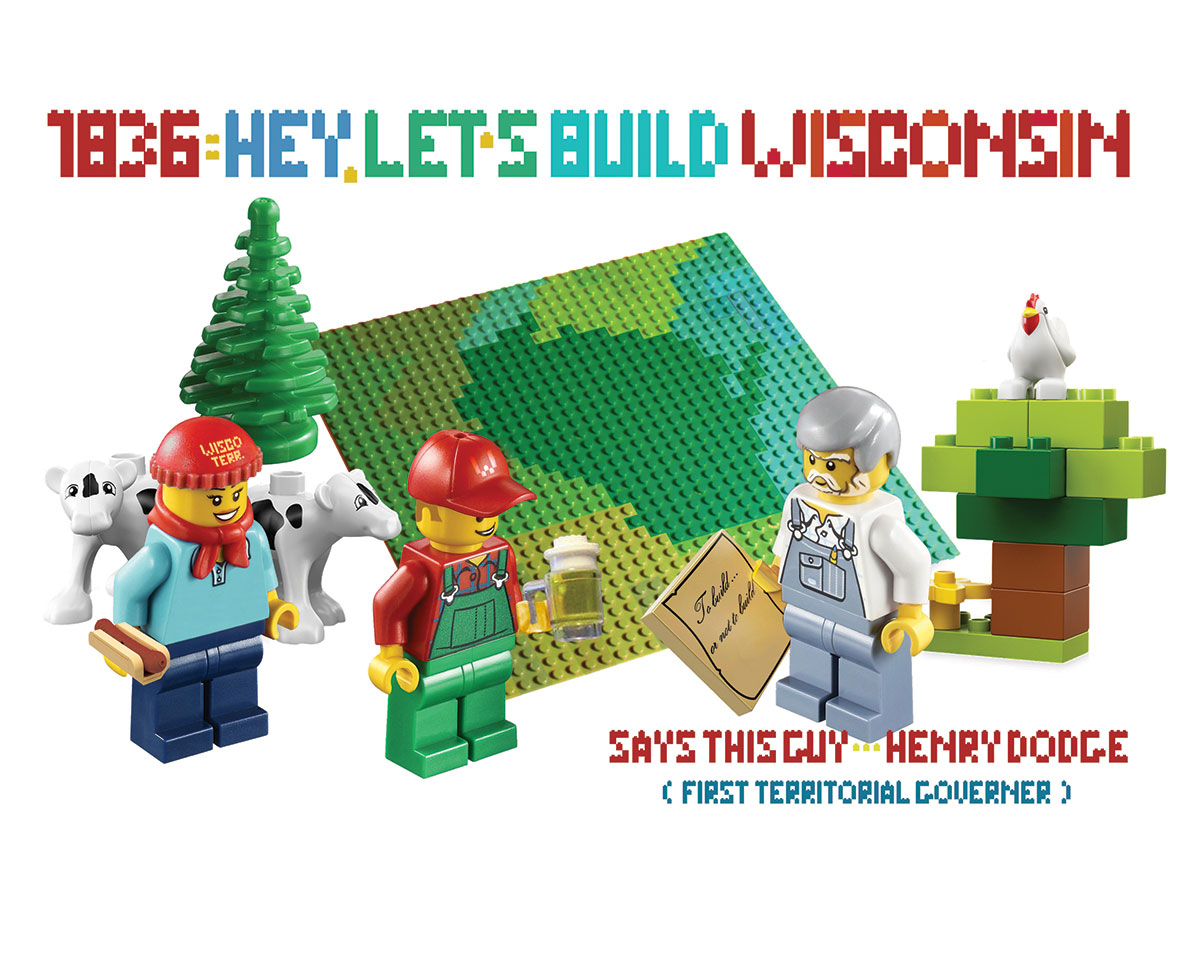 Before there were craft breweries in every zip code, even before the wild bratwurst was domesticated, Wisconsin was a land of plenty—which is what lured the Chippewa, the Winnebago, and European voyageurs and fur traders.

After a few armed misunderstandings with the French and the Indians, Wisconsin ended up as part of the Royal Province of Quebec (really? cool), then as part of a country called America. After gigs in the Northwest, Illinois and Michigan territories, we got our own identity in 1836 when President Jackson signed the bill. Henry Dodge was appointed to govern the Wisconsin Territory, which included parts of Iowa, Minnesota, and even the Dakotas.

Governor Dodge, a former sheriff, soldier, and dragoon, became a hero in the War of 1812. He had also been recruited by Aaron Burr in an attempt to create a new country (The Burr Conspiracy). So we had a governor who’d been indicted for treason in his younger days. Appropriate for a state that would later give rise to picketers, progressives and protestors.

Governor Dodge is still remembered today with towns and counties across Wisconsin, Iowa and Minnesota being named after him. Not to mention, Governor Dodge State Park outside of…wait for it…Dodgeville.

“To be honest, I wanted to make an Ed Gein pez dispenser or Jefferey Dahmer bobblehead, but those were taken. So I read up on some history to find something else as quirky. The further back I went, the weirder things got. Wait, we had parts of Minnesota, Iowa and both Dakotas? I mean, makes sense that we owned da U.P., eh? But the most surprising was that we were part of Quebec. Quebec? Like, croissants-meet-back-bacon French Canadians? For this native, that blew my brain apart (‘scuse me, gotta sweep up all the pieces).”

1 thought on “Governor Dodge and the Wisconsin Territory”