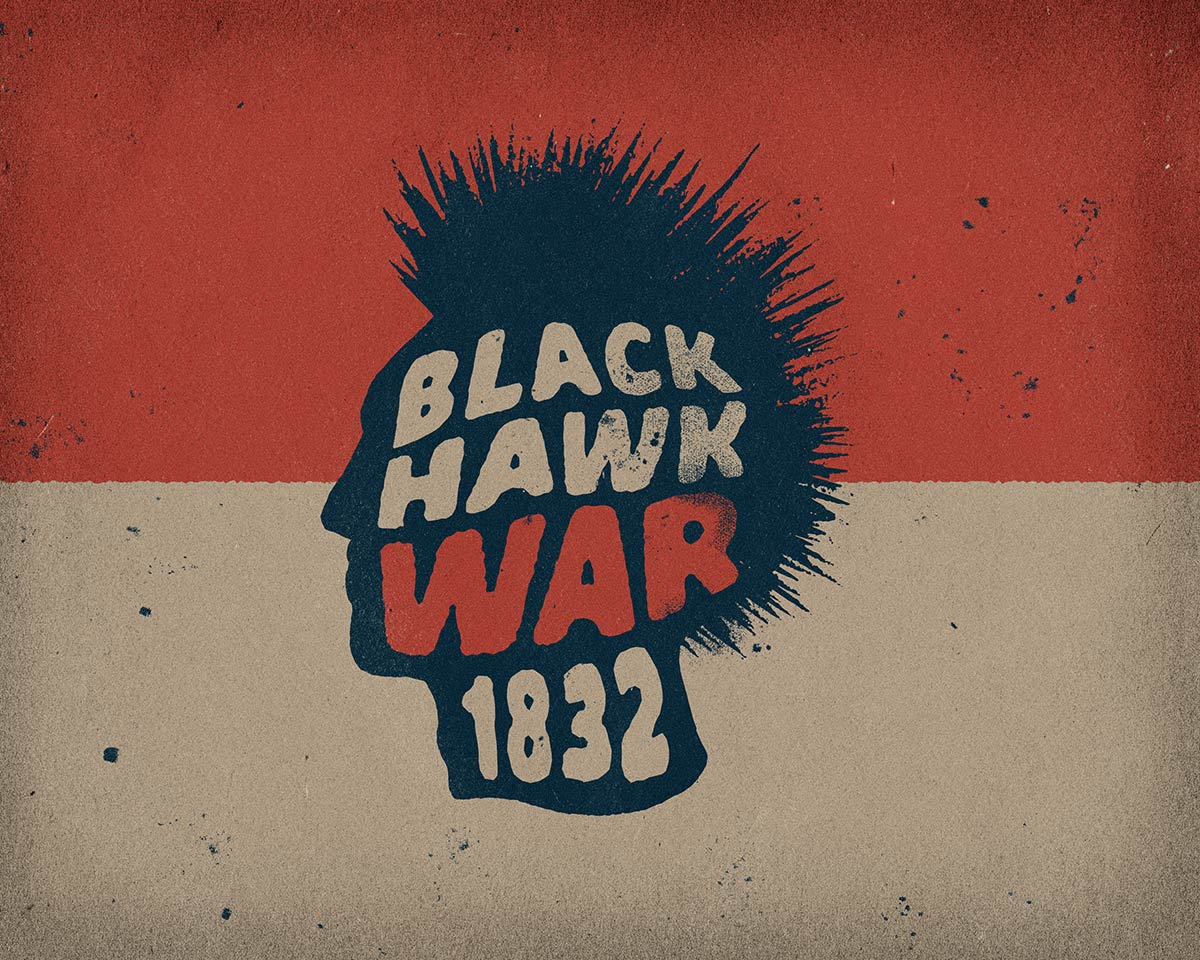 Out west they have Geronimo, Cochise, Sitting Bull and Crazy Horse. Here in the Midwest, we have Black Hawk. One of the most legendary Sauk war chiefs in history, he led the last battles in Wisconsin’s history during the Black Hawk War.

In 1829, the government ordered the Sauk and Fox tribes in Illinois to move across the Mississippi into Iowa. They complied, thinking it was pointless to resist the overwhelming military force. But when the government failed to honor their promises, a group of 1,200 Sauk, led by Black Hawk, returned to Illinois in April of 1832. Black Hawk believed that other Indian tribes and even the British would join him in fighting, but when he found no allies, he was ready to negotiate and return. An attack by an Illinois militia (The Battle of Stillman’s Run) changed that though.

Throughout the summer of 1832, Black Hawk’s followers managed with great finesse to attempt a retreat by leading the army across southern Wisconsin toward the Mississippi River. Along the way, several attempts to surrender were mis-interpreted by the U.S. troops. The remaining Sauk finally reached the banks of the Mississippi on August 1, but were unable to cross to safety. With a gunboat in the river ahead of them and the army on the bluffs behind them, their white flag was again ignored by the troops, leaving hundreds dead. The Battle of Bad Axe, located near present day Victory, Wisconsin, marked the end of the Black Hawk War.

“I’ve always been interested in Wisconsin’s Native American history. So, this project seemed like a perfect fit. I thought it would be fun to draw a profile silhouette showing the unique hair style.”