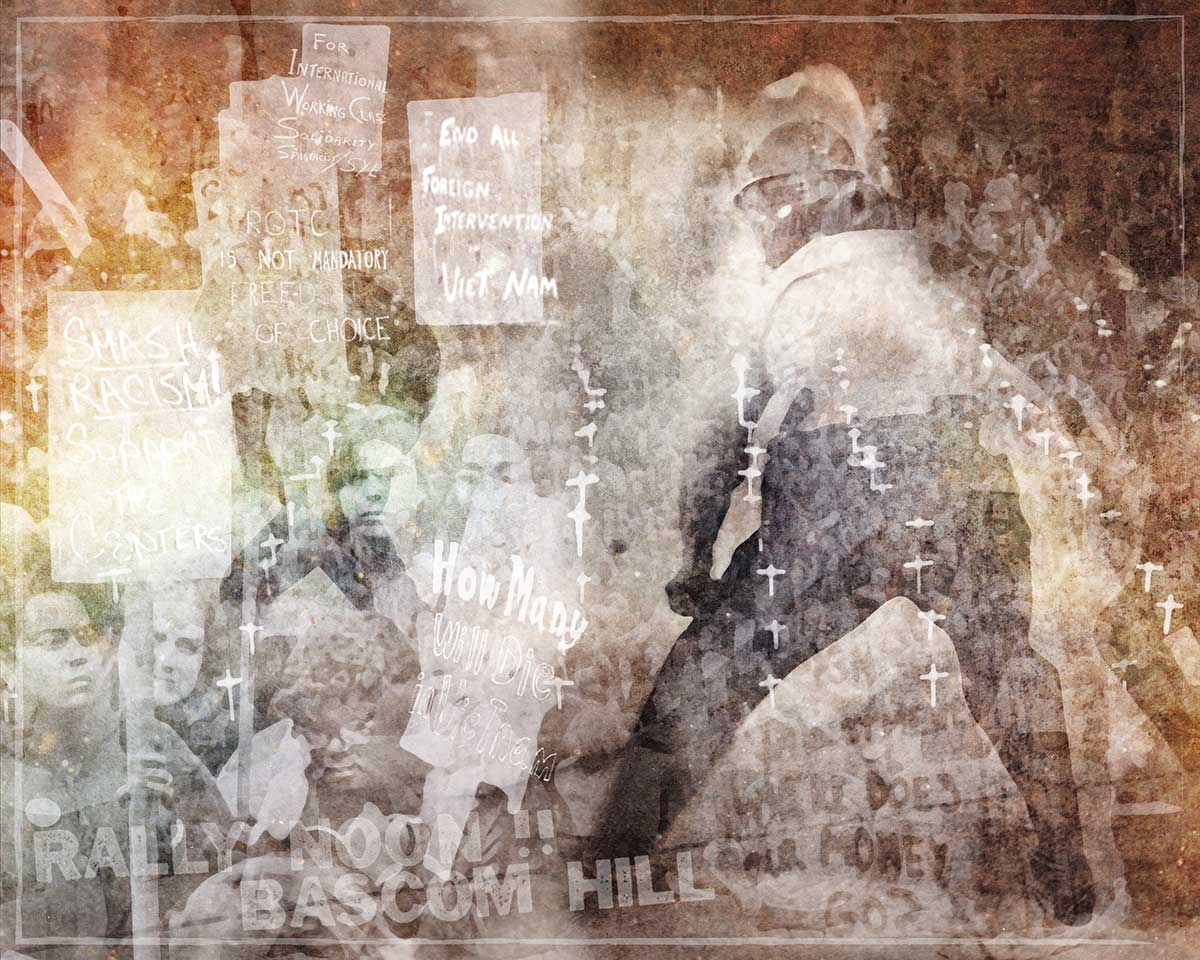 The 1960s was a decade full of anti-war protests, demonstrations and social unrest. At the forefront of it all was the UW-Madison campus.

The UW-Madison campus gained a reputation as one of the nation’s most radical campuses in the 60s. Madison was filled with teach-ins, sit-ins, marches, boycotts, strikes, rallies, and protests. Many of the demonstrations were met with police action and violent confrontation, as was the case with the Dow riots.

Everything culminated in August of 1970, with the bombing of Sterling Hall. A group known as “The New Years Gang” detonated a bomb outside the east wing of Sterling Hall, which housed the Army Mathematics Research Center. The lone casualty was Robert Fassnacht, a 33 year old post-grad researcher who was finishing up his work before leaving on a family vacation with his wife and kids.

Many thought the bombing would escalate tensions and more violence would erupt, but it had the opposite effect. It had a deadening effect on the anti-war protests in Madison. The Sterling Hall bombing remained the largest act of domestic sabotage for twenty-five years until the Oklahoma City bombing in ’95.

“When I moved to Madison in 2004, I began volunteering at Rainbow Bookstore. It was there that I learned about the city’s rich history of political and social activism. Madison was a hub of social justice movements throughout the 60s and 70s, and as evidenced by the recent protests, that energy hasn’t subsided.”