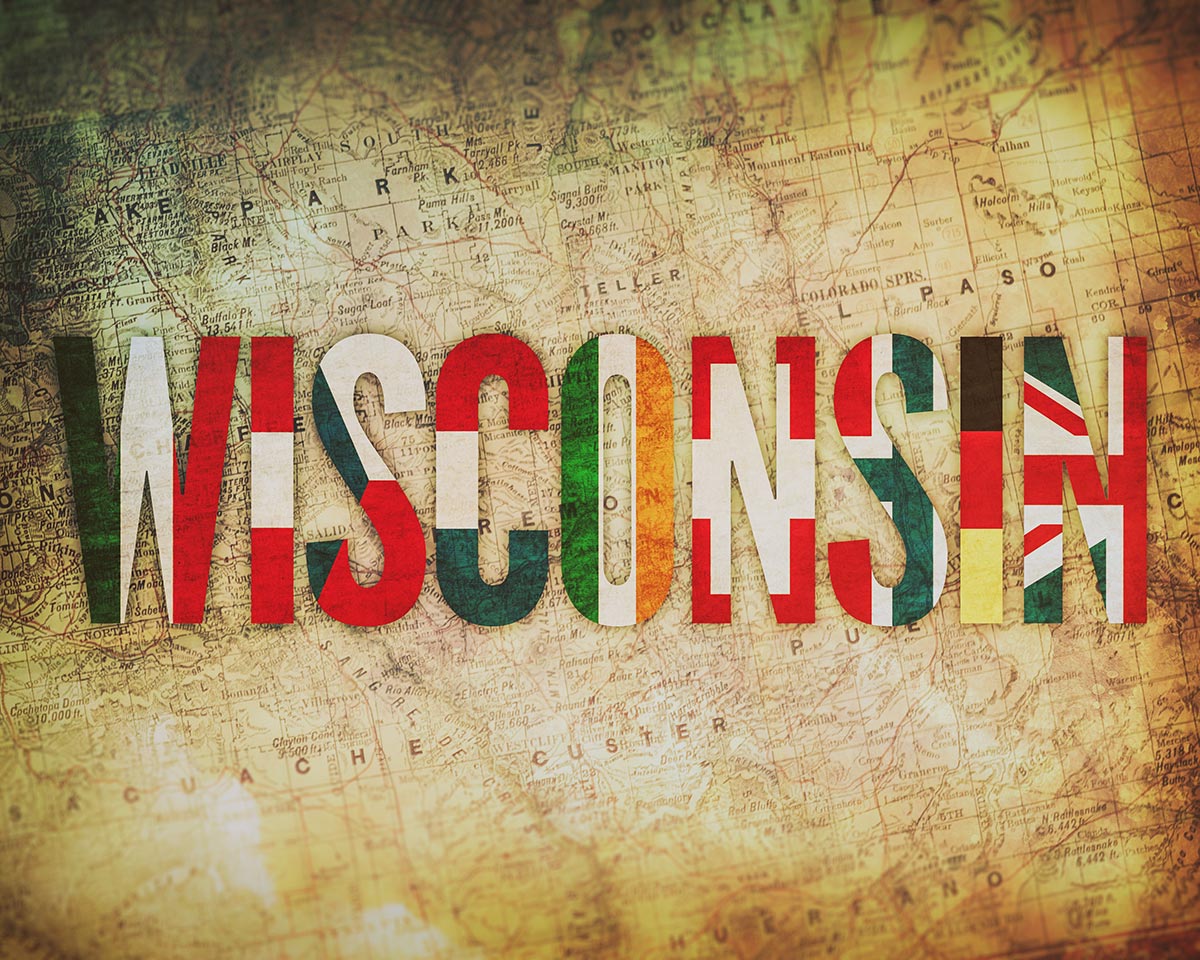 Wisconsin has a rich history of immigration. It’s evident from our town names to our foods to our festivals. The majority of Wisconsin’s ethnic heritage can be traced back to the nineteenth century and the mass immigration of Europeans.

In the years leading up to Wisconsin’s statehood, thousands and thousands of Europeans started to immigrate to Wisconsin. Many wanted to escape Europe’s hardships, and the abundant and inexpensive land here offered people a new start. Between 1836 and 1850, Wisconsin’s population increased from around 10,000 to over 300,000. By 1850, one-third of the state’s population was foreign-born, with the Irish, Germans and Norwegians leading the way. Most immigrants settled in clusters, creating small ethnic communities all over the state.

The Wisconsin we know wouldn’t be the same without the contributions of our European ancestors. The Germans and their beer? The Swiss and their cheese? We are defined by our ancestors and their heritage. They left Europe looking for a better place to live, and by bringing their culture with them, they in turn made Wisconsin a better place for us to live.

“While studying Graphic Design and Art at UW-Madison, I worked at the Wisconsin Historical Society transcribing birth, marriage and death records from the 1800s. Growing up in a large, rural, close-knit family I was always interested in my heritage and ancestry. It also helped that my grandmother is a genealogy fanatic. The design above involves a patchwork of Wisconsin’s rich history of immigration through modern flags representing the nine largest cultures to immigrate during the 1800s.”