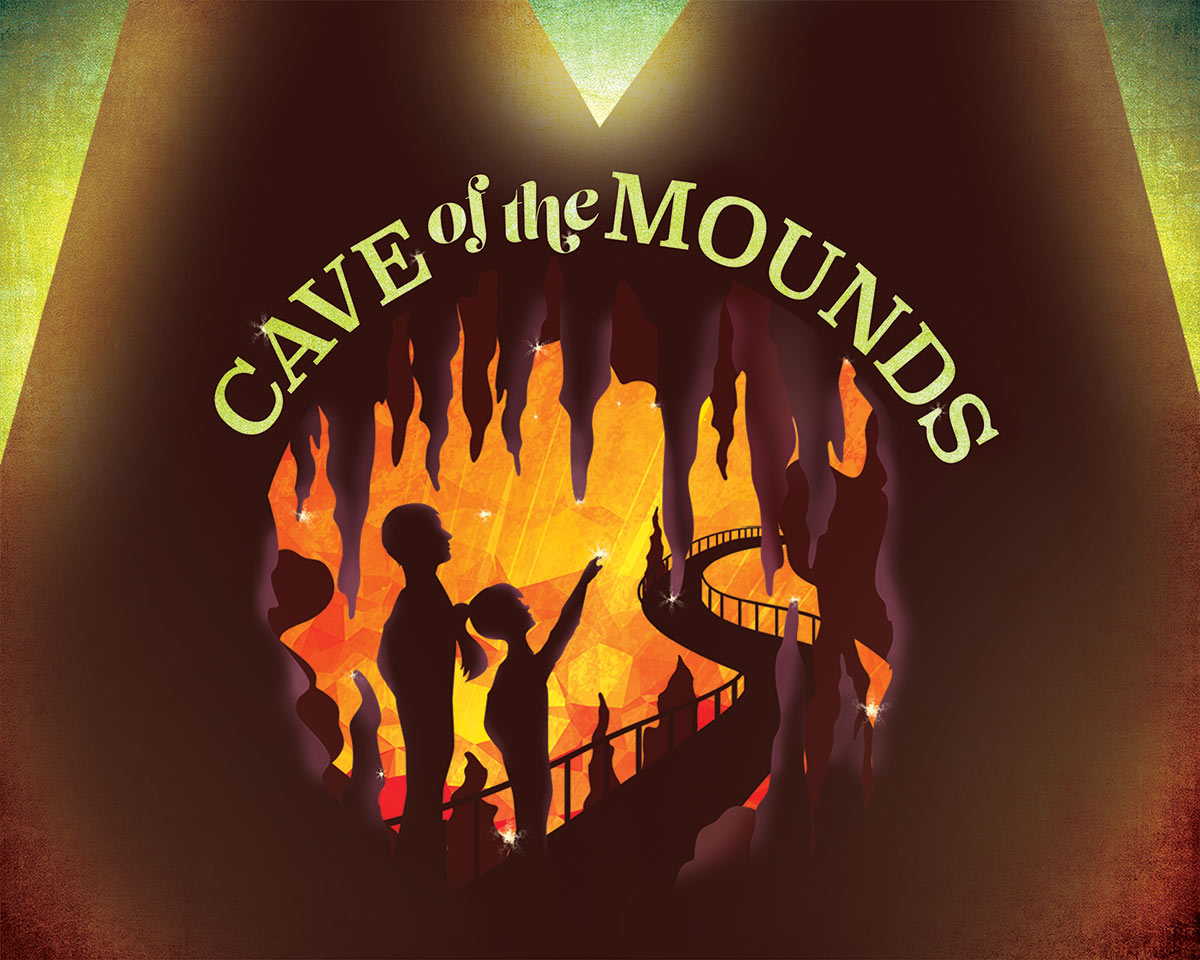 Below the beautiful Blue Mounds of Southern Wisconsin lies Wisconsin’s buried treasure, the “jewel box” of American caves, Cave of the Mounds.

This area of Wisconsin was settled by Ebenezer Brigham in 1828, Dane County’s first permanent white settler. He had a long storied life (was a miner, ran a trading post and inn, operated a stagecoach stop, opened Dane County’s first post office, helped build and command Fort Blue Mounds during the Blackhawk War), but never realized there was an amazing discovery beneath his farm.

Cave of the Mounds was accidentally discovered in 1939 by quarry workers. One of the blasts exposed a giant underground cave more with numerous rooms and mineral formations. Curiosity was so high that when Cave of the Mounds opened to the public in 1940, over 59,000 visitors showed up in the first 8 weeks.

In 2014, Cave of the Mounds is celebrating their 75th year (the cave itself is actually 1 million years old or so), so you should go check out this National Natural Landmark for yourself this year if you’ve never been!

“I have fond memories of visiting Cave of the Mounds as a child. Walking down those stairs was like taking a journey to a magical place hidden in the hills. I was excited to use my illustration to try and express the idea that every kid feels like a cave explorer in search of hidden treasures at Cave of the Mounds.”

1 thought on “Cave of the Mounds”