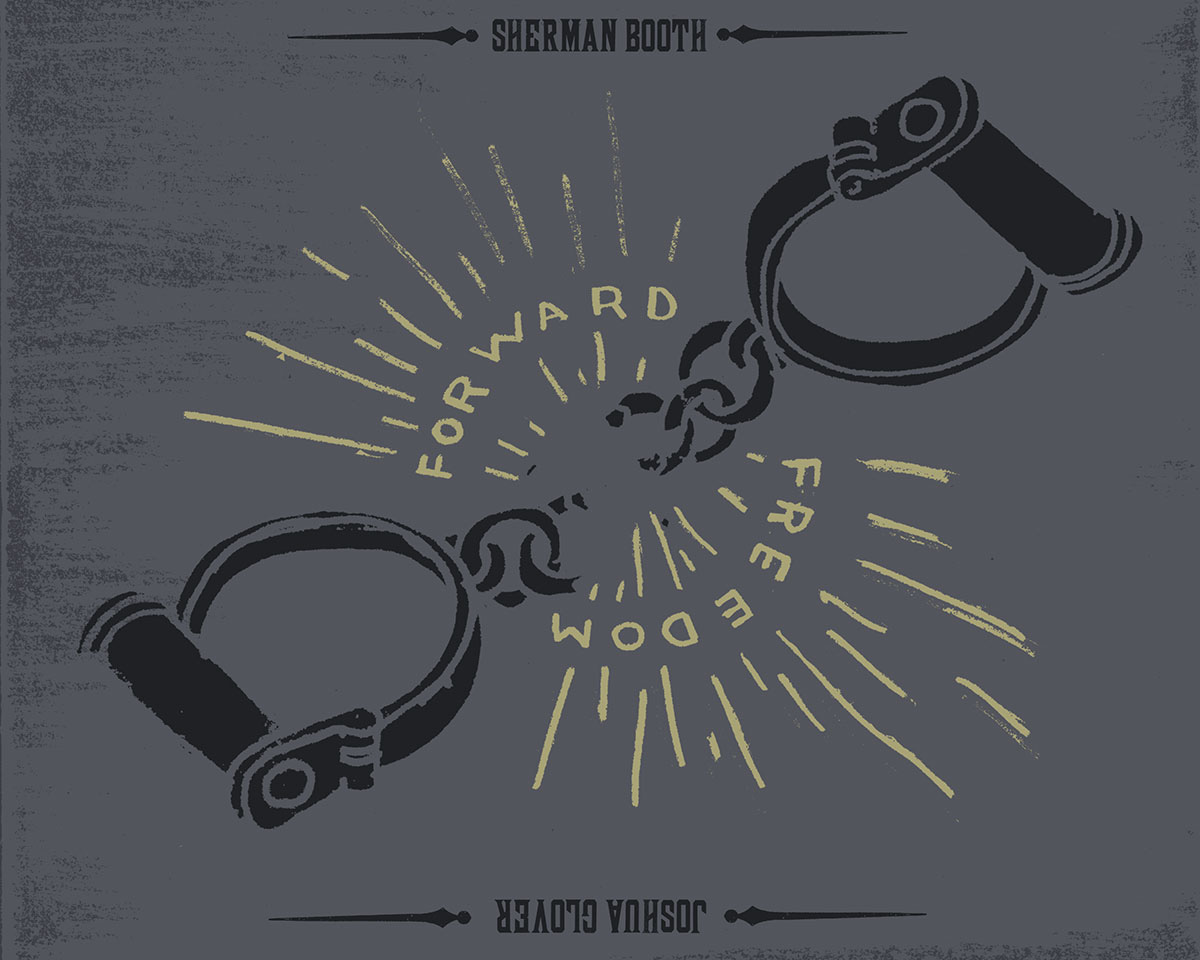 In the years preceding the Civil War, many Wisconsin residents denounced slavery as morally wrong, with a few becoming ardent abolitionists. One man defiantly opposed to the Fugitive Slave Act was Sherman Booth, editor of an abolitionist newspaper based in Waukesha. In his newspaper he asked all persons “with a human heart in their bosoms” to defy the law. His opportunity was near.

On a March evening in 1854, a deputy federal marshal arrested Joshua Glover, a runaway slave, near Racine, and took him to the Milwaukee jail. A feder­al judge refused Sherman Booth’s request for an open trial, because of the Fugitive Slave Act, so Booth called for a meeting at the court house and sev­eral thousand people showed up. They obtained from the county court’s judge a writ of habeas corpus freeing Glover, but the sheriff of the jail refused to honor it and a standoff ensued.

Things escalated quickly when the Racine delegation appeared with a warrant for the arrest of the deputy marshal. With Booth shouting “Freemen to the rescue!,” from atop his horse, the giant crowd rushed the jailhouse, breaking the door down and setting Glover free. He was quickly put on a boat for Canada.

Booth was arrested, fined and sent to jail. The Wisconsin Supreme Court promptly issued a writ of habeas corpus freeing him on grounds that the Fugitive Slave Law, under which he had been convicted, was uncon­stitutional. The Joshua Glover-Sherman Booth Affair caused a ripple effect and resulted in many other confrontations to the slave laws, essentially beginning Wisconsin’s own Civil War.

“It’s easy to look back in time and see when law has veered off course. When our lawmakers have acted to appease a group of people instead of for the well being of the people. Sherman Booth not only saw an injustice enacted by our government he chose to act. He put himself, his politics and his own freedom up against a law that was, as one Supreme Court Justice deemed, “a wicked and cruel enactment.” For Joshua Glover it meant freedom. For Sherman it was momentum for a political revolution that would shape both Wisconsin and the nation.”