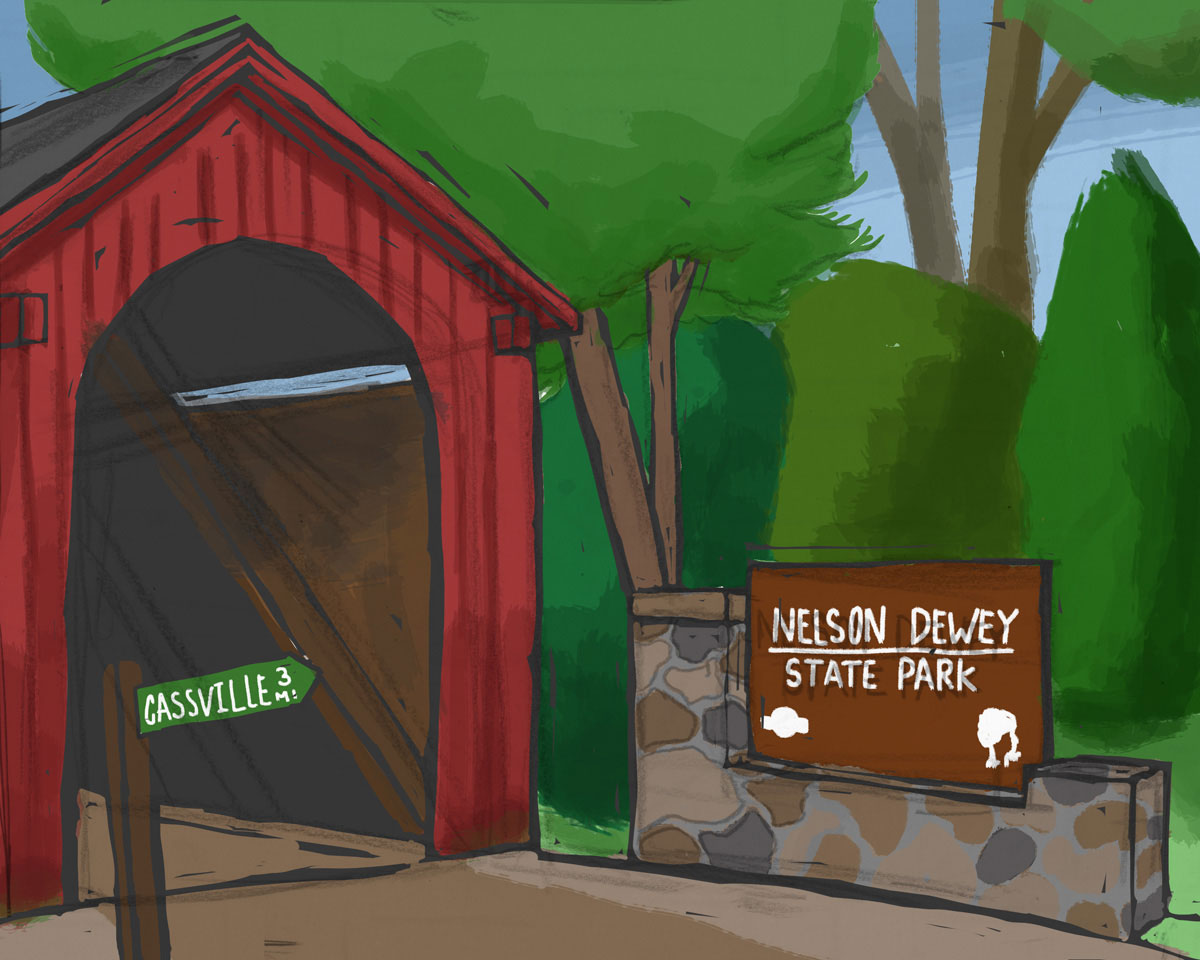 Nelson Dewey, Wisconsin’s first governor, should have a statue in Southwest Wisconsin—and he does. He had a lot of political and business success throughout his life, and was known all around as a “friend of the poor” and for his generosity.

Dewey was born and raised in New England and studied law at an early age. In 1836 he moved to Cassville, Wisconsin and got involved in politics. He quickly became a force in the newly formed Grant County. He was elected the first Register of Deeds, appointed Justice of the Peace, earned his law degree, became District Attorney and served in the territorial legislature.

When statehood came around for Wisconsin in 1848, Nelson Dewey was elected our first governor. After two successive terms, he was elected to the State Senate. Then instead of pursuing national politics, he returned to Cassville and revived the town he loved by purchasing the entire village under foreclosure and investing tons of money. Just to make sure he kept busy, he served as town board chairman, school board director, AND regent of the University of Wisconsin.

After a series of misfortunes—a fire that destroyed his mansion, financial panics, investments that fell through—Dewey was forced into bankruptcy. He continued to practice law in his later years but was never able to recover financially. In 1889, Nelson Dewey died a pauper at the Denniston House, which he had helped rebuild.

“I originally planned on creating a simple portrait of Gov. Dewey, but a computer crash became an enlightening accident. After doing more research, I began to realize that despite being the first, most of Gov. Dewey’s greatest contributions to the state came from his life outside of office. So instead of focusing on the man, I focused on his legacy; the eventual creation of Nelson Dewey State Park from his homestead, and his salvation of the town of Cassville.”