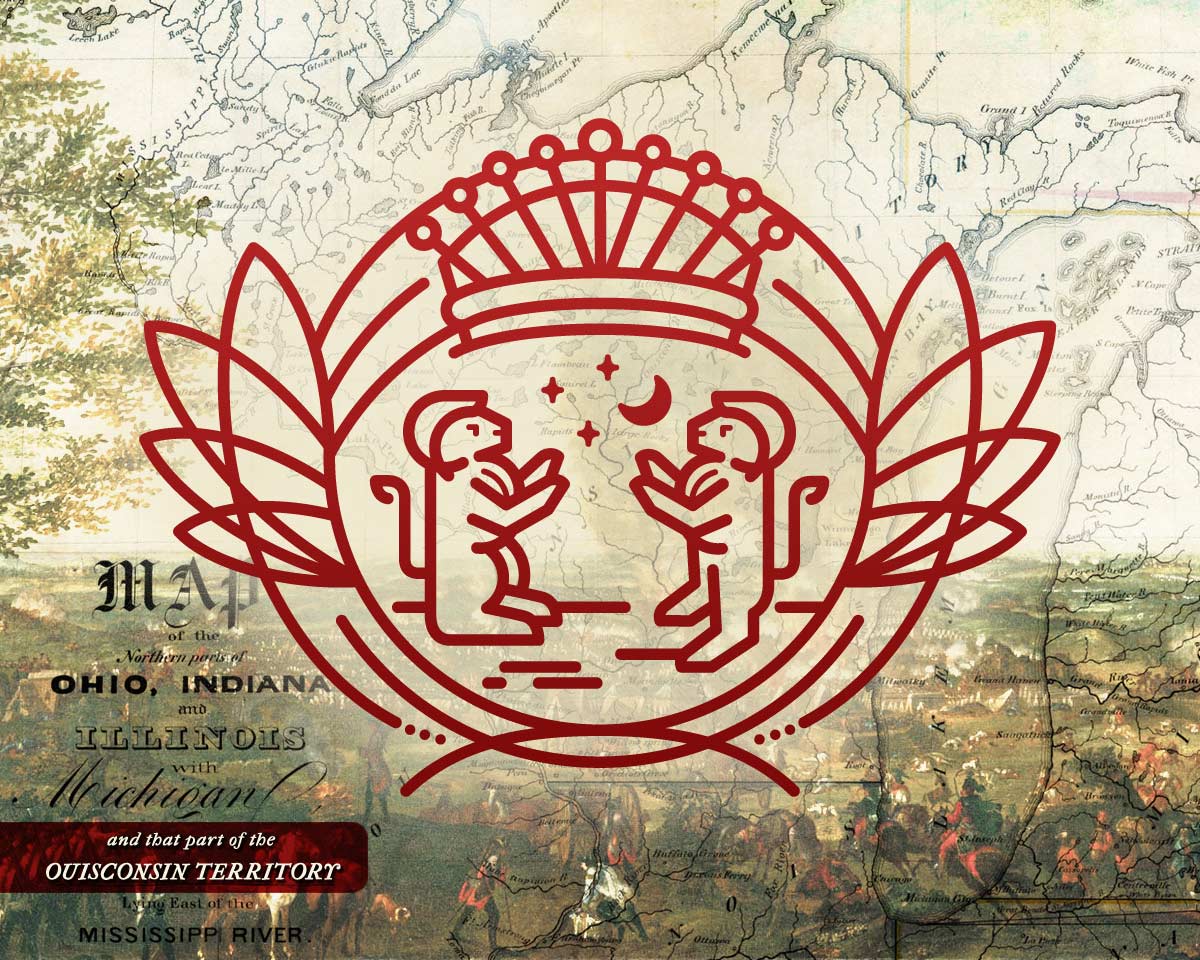 Our state’s “Father,” Charles de Langlade, was born in 1729 at Fort Michilimackinac, New France to Augustin Langlade, a French-Canadian fur trader, and Domitilde, a sister of the Ottawa war chief Nissowaquet, and daughter of another Ottawa chief. As a child, Langlade identified with his mother’s culture more and grew up with Ottawa as his first language. He was also taught French by Jesuit missionaries at the fort. At the age of 16, along with his father, he established an important trading post at present-day Green Bay, Wisconsin.

Langlade went on to become a major force to be reckoned with in the Great Lakes region. During the French and Indian War, he led many Ottawa and French raids against the British. After the French were defeated in North America, Langlade became allied with the British, who had taken control of the French fur trade. During the American Revolutionary War, he led Great Lakes Indians for the British against rebel colonists and their Indian allies. After the war, Charles de Langlade retired to his home and trading post in present-day Green Bay, Wisconsin, where he began being referred to as the “Father of Wisconsin.”

“Being a fur trader and war chief, Charles Michel de Langlade was one pretty cool, eclectic Ouisconsin dude. I chose to depict a handful of Langlade-related things such as a map from back in the day, a painting of one of his battles, and a modernized version of his letter seal featuring a crown, lions, and a starry sky.”