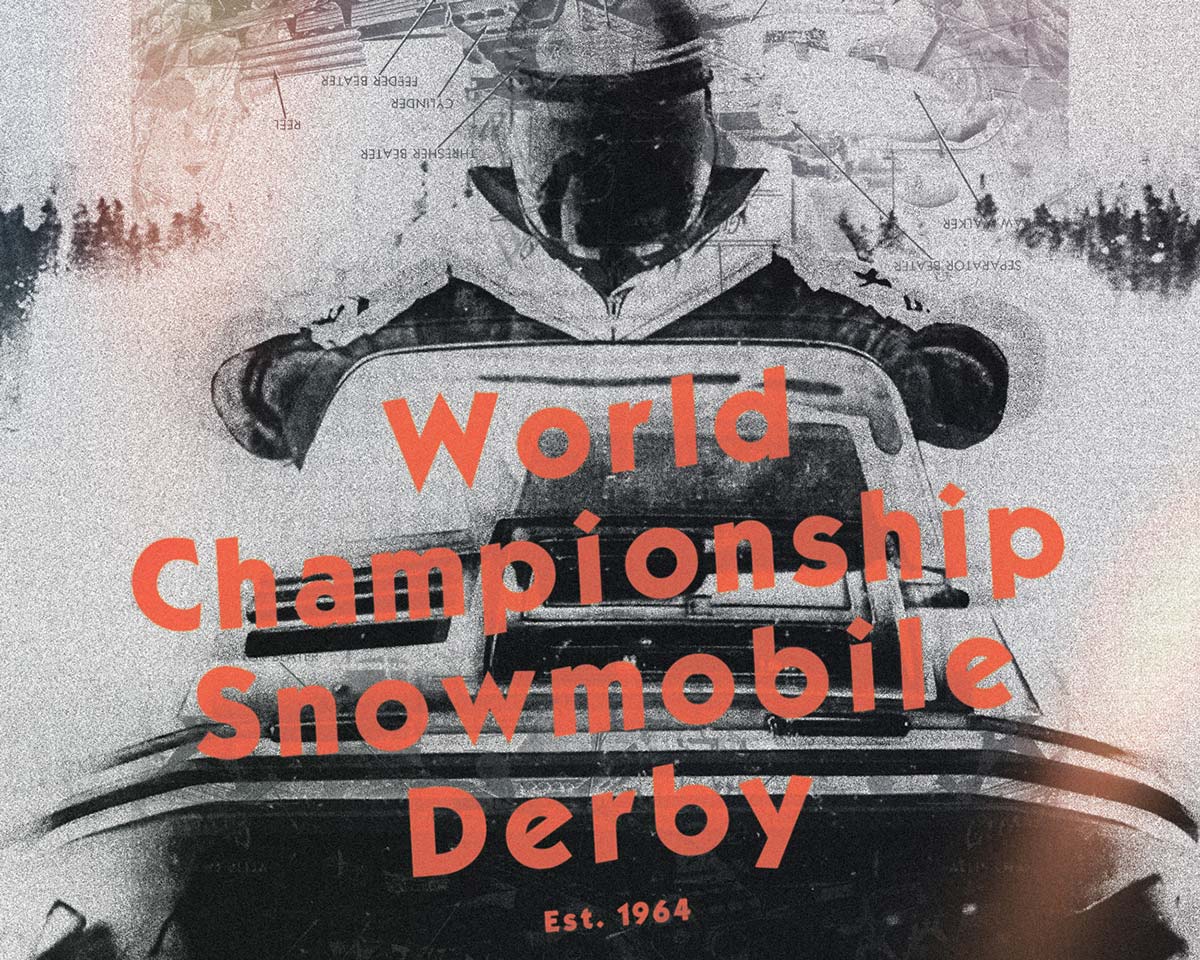 Almost a century ago, a small-town Wisconsin outdoorsman with a crippled foot decided to even the playing field with his hunting comrades. Actually, he turned the tables on them. As a result, Wisconsin winters have forever changed.

In 1924, Carl Eliason of Sayner, Wisconsin began creating the “Motor Toboggan”—father of the modern snowmobile. The reason for the invention was because he was unable to trek through the snow and hunt due to his bad foot. His original idea was to adapt a Model T Ford to skis, but it was too clumsy and heavy. So he decided to mount a motorcycle engine on a long sled so it would float on the snow. With skis under the front for steering, and a single, endless track for propelling, Eliason’s “Motor Toboggan” changed life forever in Wisconsin’s Northwoods.

Almost 90 years later, 1,400+ snowmobiles and 30,000+ spectators flock to the neighboring town of Eagle River for the World Championship Snowmobile Derby. The first event, a cross country race amongst locals, was held in 1964 on Dollar Lake—with an eighth grade student winning in a 9 horsepower sled. The Derby gained popularity in 1968 when it was broadcast on ABC’s Wide World of Sports and had numerous members of the Green Bay Packers’ Super Bowl II championship team in attendance. The race has grown every year since and has made Eagle River, Wisconsin the Snowmobile Capital of the World!

“I believe the relationship between man, machine, and nature is complex. Snowmobiles allow riders to experience their surroundings on a more personal level than a traditional motor vehicle. I find the machines themselves visually interesting. The industrial form of the machines and the astronaut-like appearance of the riders is almost retro-futuristic.”