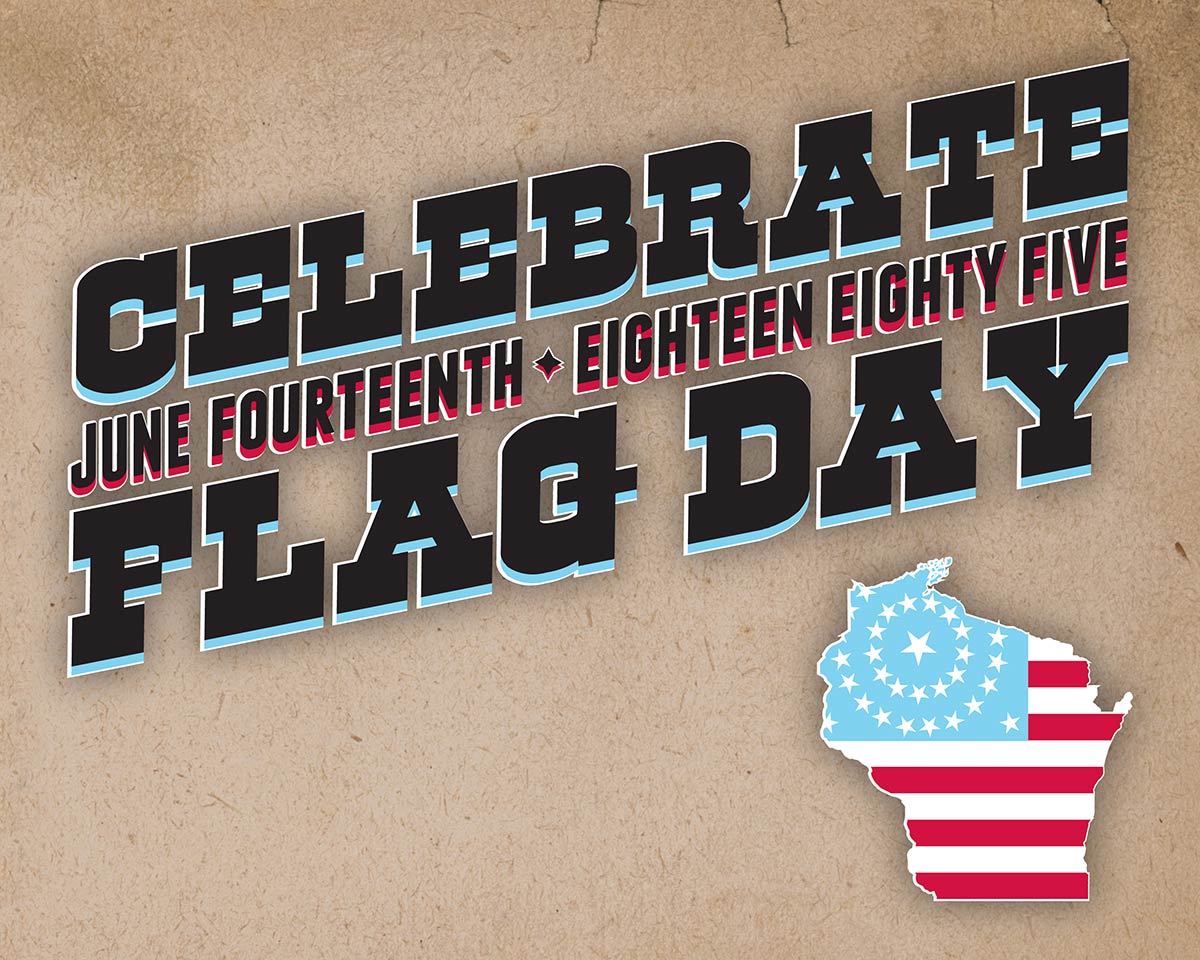 Every June 14th we wave the good old Red, White and Blue in celebration of Flag Day. But Flag Day might not even be a thing if it wasn’t for a Wisconsin teacher who felt that our flag, and what it stood for, needed a day of observance.

Bernard J. Cigrand was working as a grade school teacher at Stony Hill School in Waubeka, Wisconsin, when he held the first recognized formal observance of Flag Day in 1885. After that, Cigrand moved to Chicago and took to his soapbox to promote patriotism, respect for the flag, and the need for an annual observance of our flag on June 14, the day that the Continental Congress adopted the Stars and Stripes in 1777. Cigrand wrote articles, gave speeches, was appointed editor-in-chief of a patriotic magazine, became president of the American Flag Day Association and later of the National Flag Day Society.

Even though Flag Day wasn’t officially established until 1916 by President Wilson, Bernard Cigrand is widely considered the “Father of Flag Day.” He gave over 2,000 speeches on patriotism and the flag, and almost single-handedly established the holiday. Pretty good for a teacher from a small Wisconsin school.

“Due to a mix-up, this subject chose me. That’s okay because I was able to learn some fascinating facts about this great state. Most people would guess a state out east had the concept of creating a day to honor our flag. Yet nearly 130 years ago, a school teacher from Waubeka, WI decided it would be a great idea to do so. Back then, it was fair game to arrange the stars in any pattern the artist saw fit. It wasn’t until 1921 that we adopted regulations on how the stars should be aligned. Interesting, huh?”