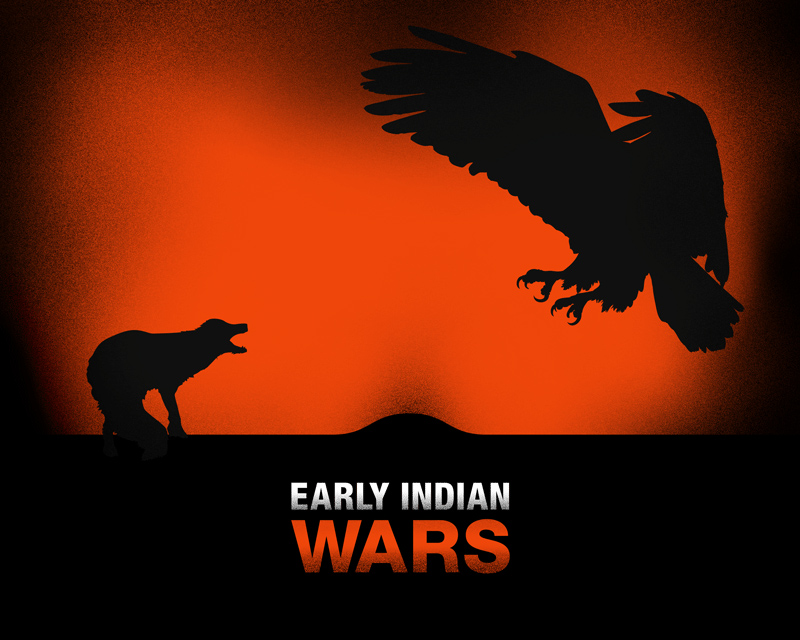 During the seventeenth and eighteenth centuries, Wisconsin was filled with confrontations and battles. Not only were Wisconsin’s Indian tribes trying to fend off the French and British from “settling” their new land, but they were also at war with each other, thanks to the effects of the fur trade.

During the 1600s, the “Iroquois Wars” were the first real conflicts. The demand for furs had been so strong that the Iroquois decided to invade the fur-supplying areas to their west, so many Indian tribes fled west into Wisconsin. This created competition for food and furs amongst the tribes already in Wisconsin, and resulted in even more battles. The warfare continued for several decades.

The 1700s brought about even more fighting with the Fox Wars and the French and Indian War. By this time most of the Indian tribes in the area had become dependent on French and British traders for “modern” technology such as guns and ammunition. As a result, many tribes had become allies with either the French or British and fought alongside them against other Indian tribes.

“I always hear about people finding arrowheads in their backyard or some other random place. That’s because hundreds of years ago, many gruesome battles were fought right here in Wisconsin between conflicting Native American tribes. Oh, look, a triangular rock!”

3 thoughts on “The Early Indian Wars”