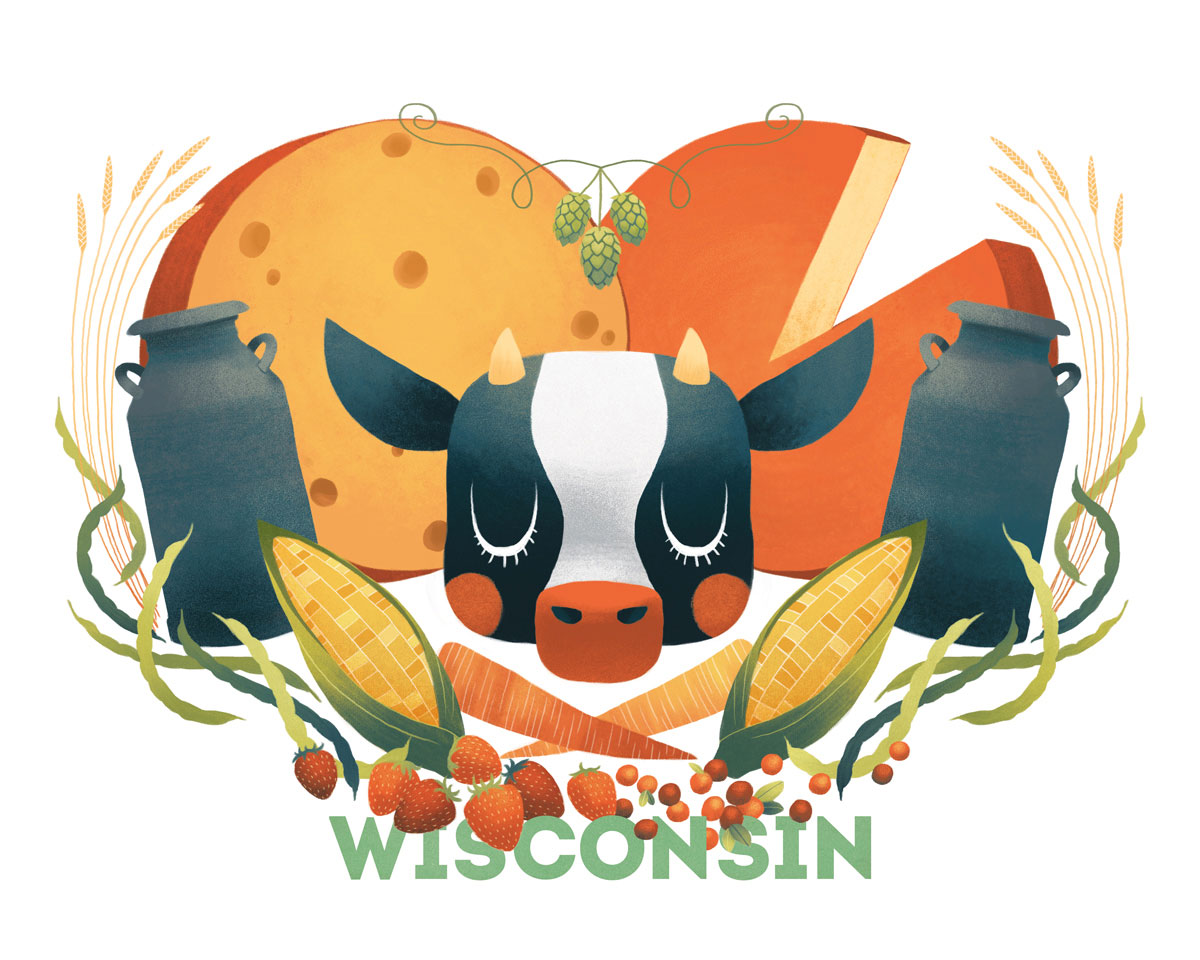 One of the first industries to take hold in Wisconsin during the 19th century was farming and agriculture. Nearly 5,000 farms a year were started during the 1840s. The primary crop on early Wisconsin farms was wheat. From 1840 to 1880, Wisconsin was considered “America’s breadbasket,” growing one-sixth of the country’s wheat. By the late 1850s, due to different reasons, farmers in different areas began turning to other crops, as well as dairy farming. The cranberry industry took off in Central Wisconsin. Apple and cherry orchards emerged in Door County. Areas of southern Wisconsin began specializing in tobacco. Many other farmers turned to feed crops like corn, oats and hay to feed their dairy cows.

As a result of Wisconsin’s farming growth, the need for agricultural machinery expanded. Some of the biggest tractor and machinery companies, such as J.I. Case, Milwaukee Harvester, and Allis-Chalmers, all were founded in Wisconsin.

Wisconsin remains one of the leading states in farming and agricultural. From Boyceville (Cucumbers), Alma Center (Strawberries), and Warrens (Cranberries), to Gays Mills (Apples), Edgerton (Tobacco), and Evansville (Soybeans), Wisconsin towns take pride in the goods they bare.

“I wanted my piece to represent a farmer’s market full of wonderful Wisconsin produce. I included the key crops from Wisconsin’s history – wheat, hops – as well as many of the ones grown more commonly there today, some of which I remember snacking on straight from my mom’s garden (long beans and strawberries)! And of course, I couldn’t do a piece about Wisconsin without some dairy!”