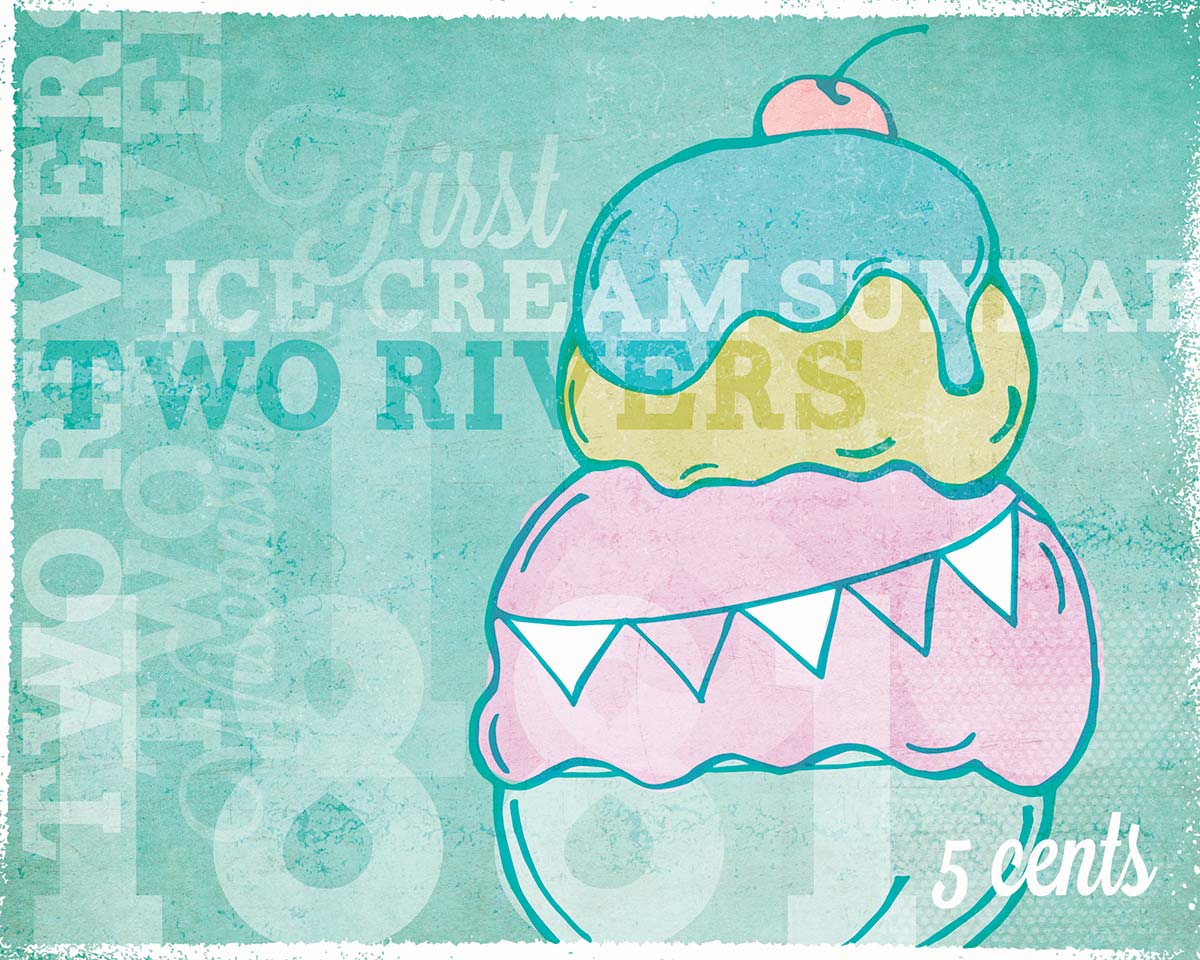 There are many food and drink items that seem “All-Wisconsin”…the Friday night fish fry, a Brandy Old Fashioned, and of course beer, cheese curds and brats. But there are two everyday “All-American” items that were invented here in our great state…the hamburger and the ice cream sundae. Hard to believe, right?

The most popular of all desserts, the Ice Cream Sundae, was born in 1881 in Two Rivers, WI. One night George Hallauer asked Edward C. Berners, the owner of a soda fountain, to put some of the chocolate sauce that was used to make sodas over a dish of ice cream. Berners thought it was a terrible idea, but obliged. The ice cream sundae was born. The new five-cent dish became an instant hit and was originally only sold on Sundays.

Berners’ original store is gone, but the sundae lives on in a replica ice cream shop that was built in Two Rivers. So stick a cherry on it, Ithaca.

“Thank you Mr. Berners for serving up that tasty dish of ice cream topped with soda syrup. If it weren’t for that fateful day in Two Rivers, we might never have known the sweet delight of the famous Ice Cream Sundae. After all, who doesn’t love a delicious sundae with a cascade of warm hot fudge, smooth caramel, and a bright red cherry on top?”

1 thought on “Birthplace of the Ice Cream Sundae”