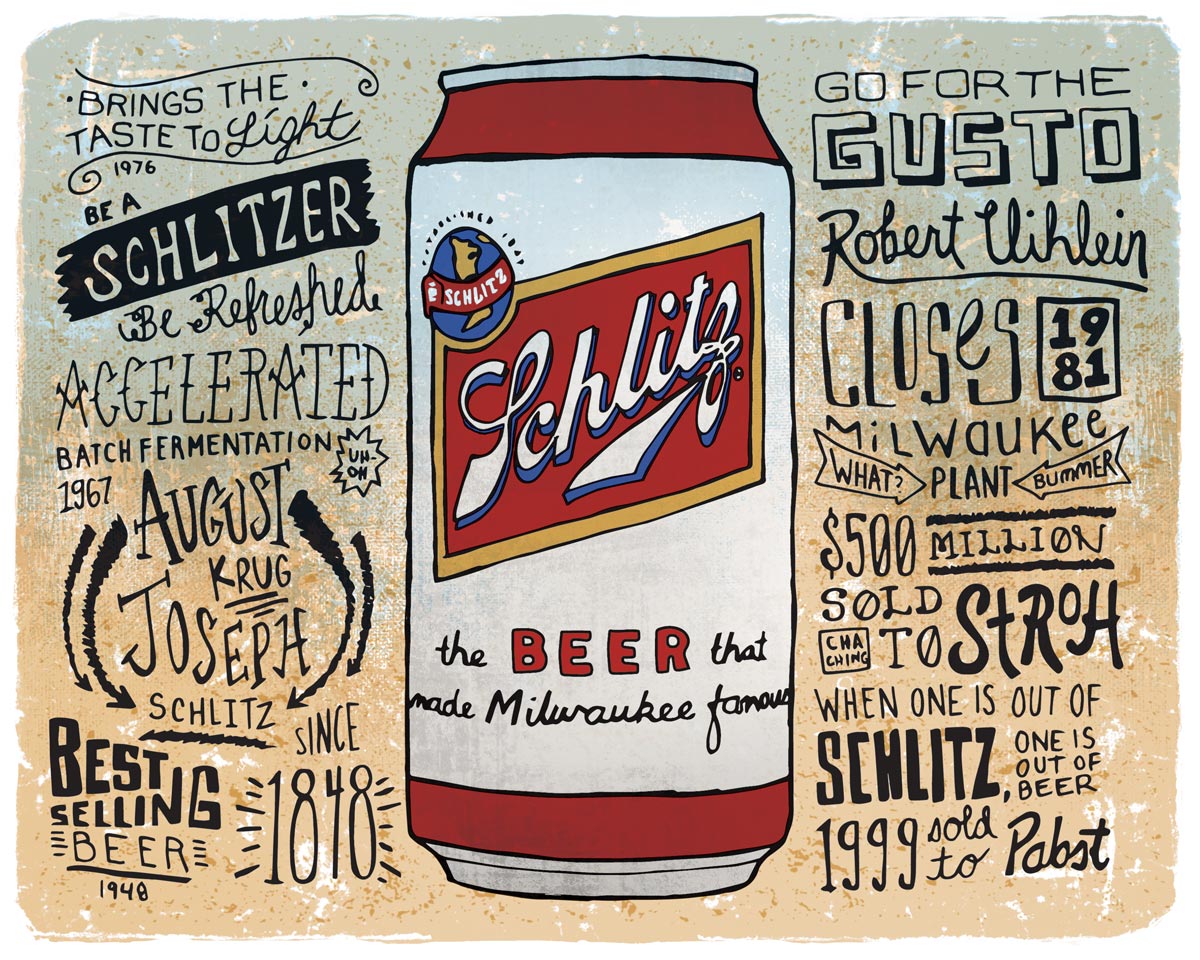 If there’s one thing that rivals milk and cheese as Wisconsin’s most famous export, it’s beer. Thanks to our German ancestors and the brewing knowledge that they brought with them, our state has been the beer belly of America since the mid 1800s when Milwaukee’s “Big Four” emerged.

The first of Milwaukee’s “Big Four” breweries was the Pabst Brewing Company. Originally known as Best and Company, it was founded in 1844 by Jacob Best and his sons. Frederick Pabst married into the family in 1862 and gradually took over the company. The company name officially changed to Pabst in 1889.

The next beer giant was the Valentin Blatz Brewing Company. It was originally founded by Johann Braun in 1846 and called the City Brewery. In 1851, Valentin Blatz, a former employee, started a brewery of his own next door. Braun died later that year and Blatz soon married his widow and united the two breweries.

The third brewery giant from Milwaukee was the Miller Brewing Company, who also had ties to Best and Company. In 1850, two of Jacob Best’s sons left their family business to start their own company, the Plank Road Brewery. In 1855, Frederick Miller bought the small brewery and turned it into an industry leader.

The Joseph Schlitz Brewing Company was the last of the “Big Four” to be founded. Joseph Schlitz, a bookkeeper for Krug Brewery, assumed management when the owner died in 1856. Two years later, he married Krug’s widow and changed the name of the brewery. Schlitz, the beer that made Milwaukee famous, became America’s No. 1 beer in 1902 and remained as high as No. 2 until 1976.

“Mmmm…beer. My first taste of gloriousness came when I was a young lad. My family and I were at a family barbecue and my dad left his can of Schlitz on a nearby picnic table. I had one sip and once it hit my lips, I knew we would have a future together. Now as a grown man, the selection has grown and I couldn’t be prouder to be a Wisconsin native.”

2 thoughts on “Beer Capital of the World”