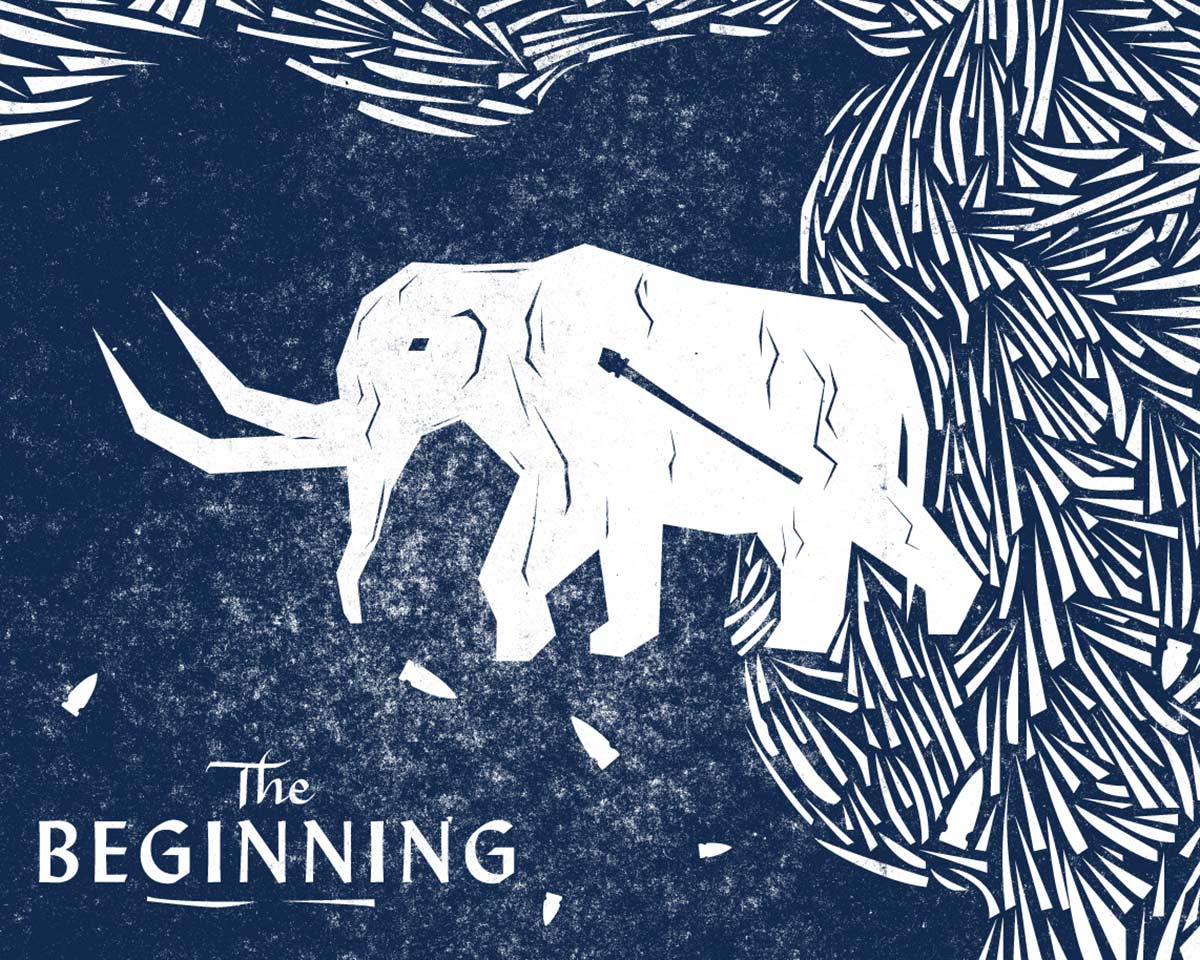 The last major glacier movement in North America during the Ice Age was known as the Wisconsin Glacial Episode, or Wisconsin Glaciation. It was during this time that most of the early humans and prehistoric animals arrived in North America, via the Bering Strait land bridge. The first known inhabitants of what is now Wisconsin, the Paleo-Indians, arrived here around 10,000 BC.

A lot has been learned about these early inhabitants through archaeological finds. In 1897, the Boaz mastodon skeleton was unearthed along with spear points in Boaz, suggesting that Wisconsin’s early inhabitants were hunters. In the early 1990s, the two most complete and largest woolly mammoths ever excavated were discovered in Kenosha. They are believed to be two of the earliest examples of butchering by humans with tools.

The Wisconsin Glaciation, which slowly ended about 10,000 years ago, also left a huge impact on the landscape of Wisconsin and North America—from the formation of the Great Lakes and Kettle Morraine to the glacier free area in southwestern Wisconsin, known as the Driftless Area.

“One of my early memories is exploring parts of the Ice Age Trail as a kid, imagining a different world, hoping I’d discover some kind of artifact. It’s mind-boggling to think that thousands of years ago much of Wisconsin was covered in ice that had an enormous effect on our landscape, and that early humans hunted giant animals that no longer exist.”