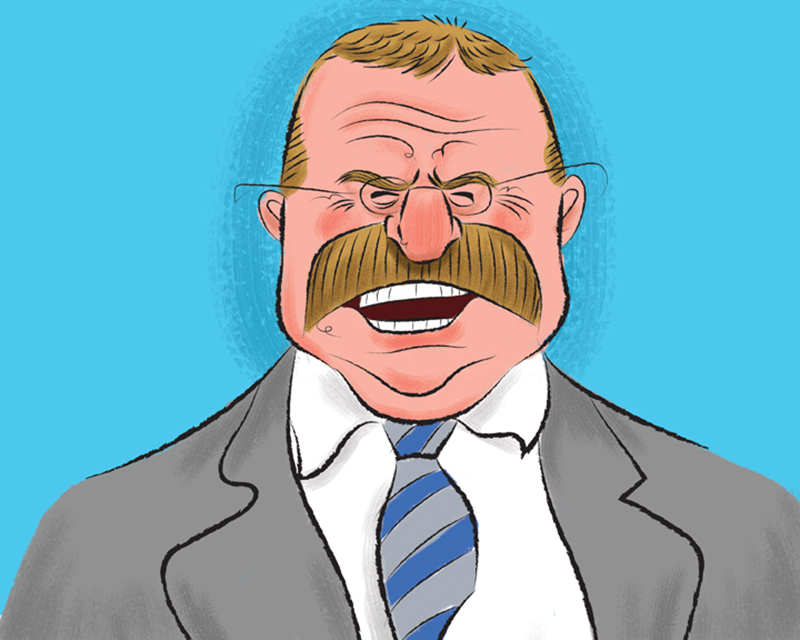 On October 14, 1912, Teddy Roosevelt was in the middle of his campaign trail—giving 15 to 20 speeches per day. That day he started in Chicago, then headed to Racine and finally Milwaukee. What Roosevelt didn’t know was that John Schrank, an unemployed saloonkeeper, had been trailing the campaign since New Orleans, waiting to get a shot at Roosevelt.

That evening, when Roosevelt was getting into his car outside of the Hotel Gilpatrick, he stopped to wave to the crowd. That’s when Schrank shot him from four or five feet away, directly in the chest. Fortunately, the bullet was slowed some by a glasses case and a copy of Roosevelt’s speech in his coat pocket. Roosevelt refused to go to a hospital and insisted on going to the hall to deliver his speech. Which he did. With the bullet still in his body. The former “Rough Rider” pulled the torn and bloodstained speech from his coat and declared to the crowd, “You see, it takes more than a bullet to kill a Bull Moose.”

Roosevelt spoke for over an hour that night and then was rushed to the hospital, where he spent the next eight days. The bullet had lodged in a rib and removing it was too unsafe, so he lived with it in there for the rest of his life. Schrank, meanwhile, lived the rest of his life in an insane asylum.

“I honestly don’t know that much about Teddy Roosevelt. I chose Teddy because I have always liked his face. When I look at pictures of him I get a good a sense of what he was like. I am sure he was a tough S.O.B., probably a bit ornery, with a good spirit. He probably liked a good dirty joke now and then, and I bet he had a real hardy laugh. Actually after doing this project and reading about the history of him getting shot in Milwaukee, I am very interested in finding out more about our 26th President of the United States.”