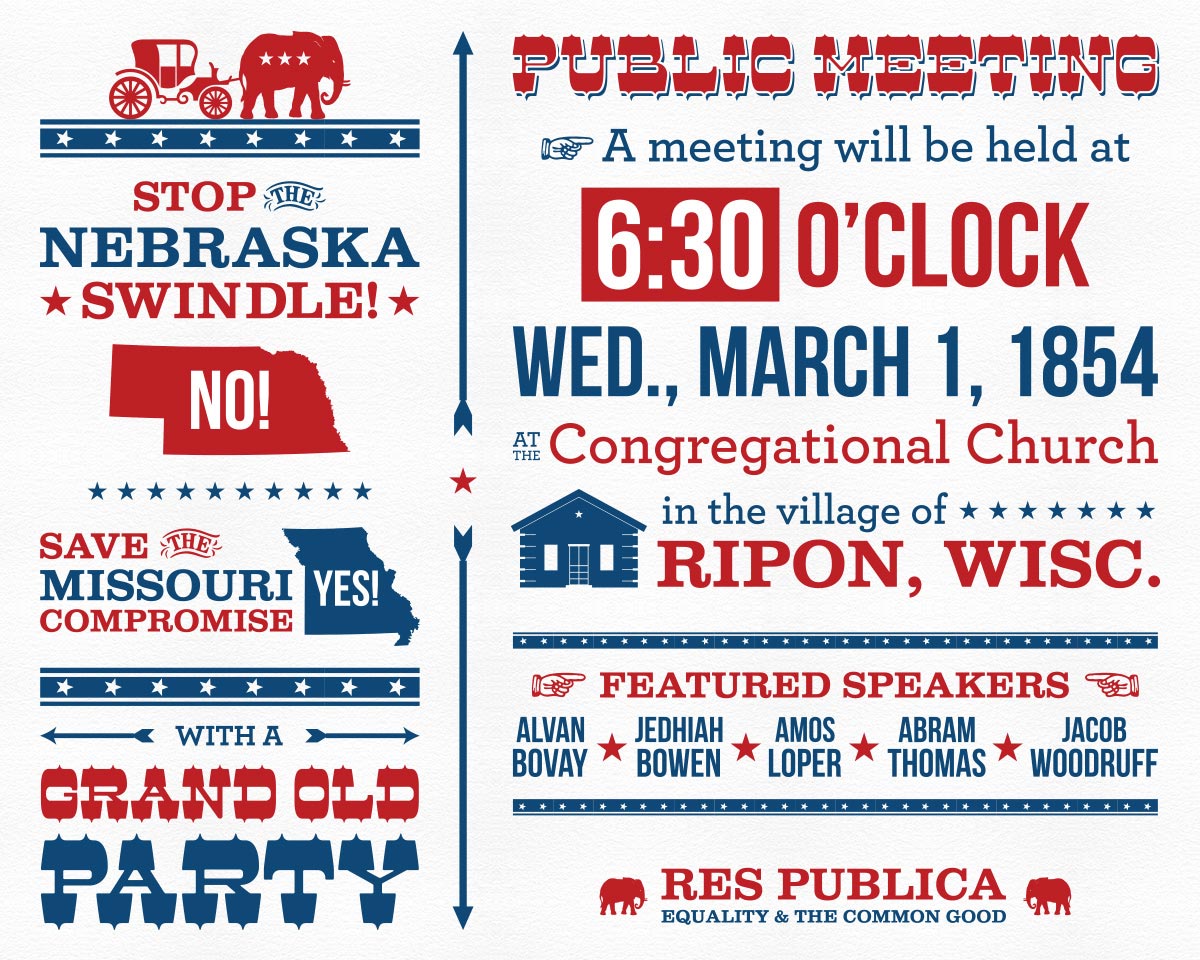 Wisconsin has always been a political hotspot and in 1854 it was no different. In Ripon, WI a small group of citizens met to fight the imminent spread of slavery. This meeting lead to the birth of the Republican Party and put Ripon on the map.

During the 1850s, slavery was a growing political and moral debate. It grew even more when the Kansas-Nebraska Bill was proposed to Congress in 1854 by Senator Stephen Douglas of Illinois. The bill threatened to extend slavery into the new Kansas and Nebraska territories allowing these new settlers to choose whether slavery would or would not exist. The dominant Democratic Party supported it while the smaller Whig and Free Soil Parties were opposed.

In Ripon, WI, Alan E. Bovay lead the opposition. He pushed for a new party that would bring together all the smaller parties and anti-slavery forces in the country. Their historic first meeting was held on March 1, 1854. The Kansas-Nebraska bill passed the Senate days later, so a second meeting was called. It was there that the Whig and Free Soil parties voted to dissolve themselves in favor of forming a new, united party. The name “Republican” was adopted for the new party.

The Little White Schoolhouse in Ripon, WI—the birthplace of the Republican Party, was designated a National Historic Site in 1974 and is still open to visit.

“I went to Ripon College for two years. They have a replica of the schoolhouse that was the birthplace of the Republican Party, and they pull it with a truck in parades. It’s adorable, and an obvious target for election night vandalism. I’m a big fan of the Republican Party, circa 1854, and and the desire to promote ‘res publica’, or the common good.”