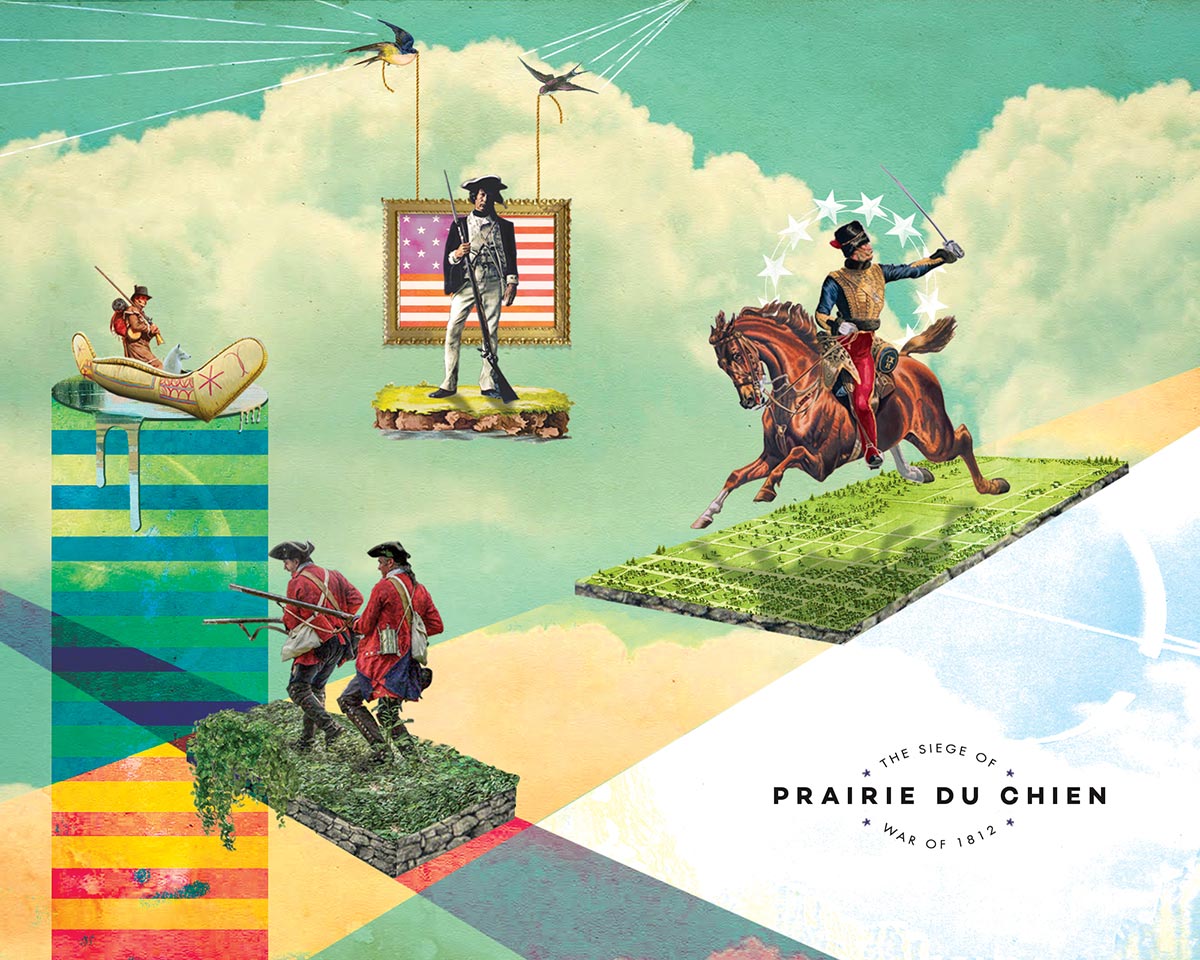 During the War of 1812, the United States began to realize how important Prairie du Chien was in the fur trade and the Mississippi River-Great Lakes transportation route. The settlement had been part of the U.S. for years, but no one was sent that far west to occupy it, so the British had loosely kept control.

In the spring of 1814, U.S. troops were sent from St. Louis to secure Prairie du Chien. When they arrived they built Fort Shelby, and occupied it with 100 men. When word of this reached the British at Fort Mackinac, they feared that their fur trade and Native American relationships would be ruined, so they sent a force totaling 650 men. They arrived at Prairie du Chien and demanded the surrender of Fort Shelby. The U.S. refused so the British attacked. They hit the Americans’ gunboat, which carried all of their goods, right away. The U.S. held their own the next day, but by the third day were running low on supplies and had no water. The following day the U.S. surrendered Fort Shelby in exchange for their safety.

The British renamed the fort to Fort McKay, and remained there another year until the Treaty of Ghent returned Prairie du Chien to the United States. The British then abandoned the fort and burned it to the ground.

“I chose The Siege of Prairie Du Chien because it was one of 3 topics left. I ended up learning a lot, though. Being a smaller piece in a larger picture, the small settlement and trading post was a vital location to secure for America. The various vignettes and dimensions of the design mirror the complexities of war and it’s social importance to that region during it’s time.”