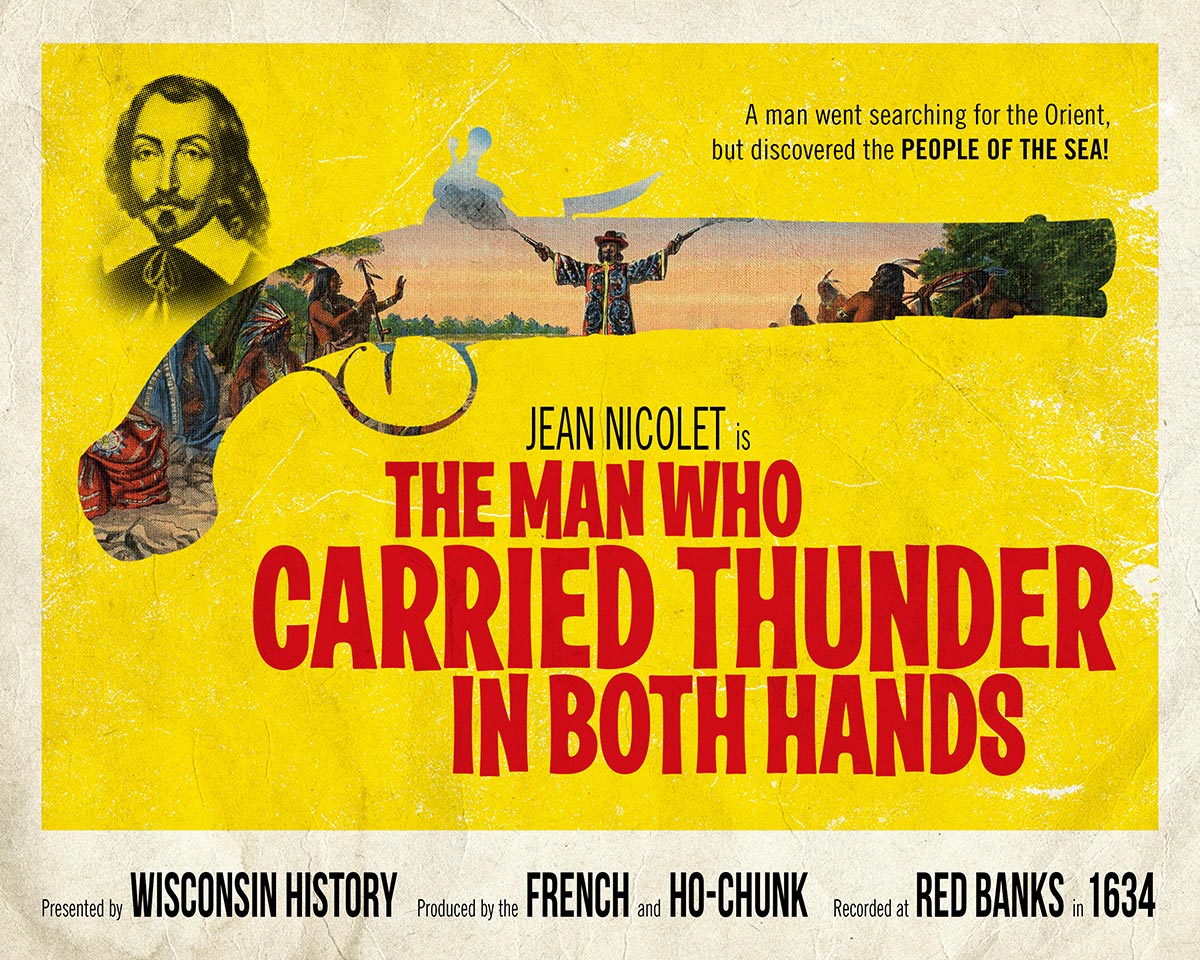 Way back in history—before Marquette and Joliet’s expeditions and before the French Fur Trade ever existed in Wisconsin—there was a man named Jean Nicolet. Nicolet was THE first European to explore what would become Wisconsin.

Jean Nicolet, who was born in France in 1598, immigrated to Canada in 1618 to live among the Native Americans. This was part of Samuel de Champlain’s training for young French explorers and traders. Nicolet lived amongst the Algonquins for years, familiarizing himself with their ways, learning their language, engaging in trade and participating in their councils.

In 1634, Nicolet was sent on a peace mission/exploratory voyage and landed at Red Banks, near modern-day Green Bay. He had learned that the people who lived along these shores were called Ho-Chunk, which the French translated as “People of the Sea”. Nicolet became the French ambassador to the Ho-Chunk people, wearing brightly colored robes and carrying two pistols to convey his authority. While on a scouting trip with Ho-Chunk guides, Nicolet traveled the Fox River and portaged to the Wisconsin. When the river began to widen, he was so sure that he was near the ocean, that he stopped and returned to Quebec to report a passage to the “South Sea.” He had just missed finding the Mississippi River.

“It’s said that Jean Nicolet arrived on Wisconsin’s shores dressed in brightly colored Chinese robes, firing pistols in the air to impress the Indians. The Ho-Chunk were amazed at the show and called him “the man who carries thunder in both hands.” They treated him like a movie star, helping with his expeditions and showering him with beaver feasts. Nicolet was basically the Johnny Depp of explorers.”