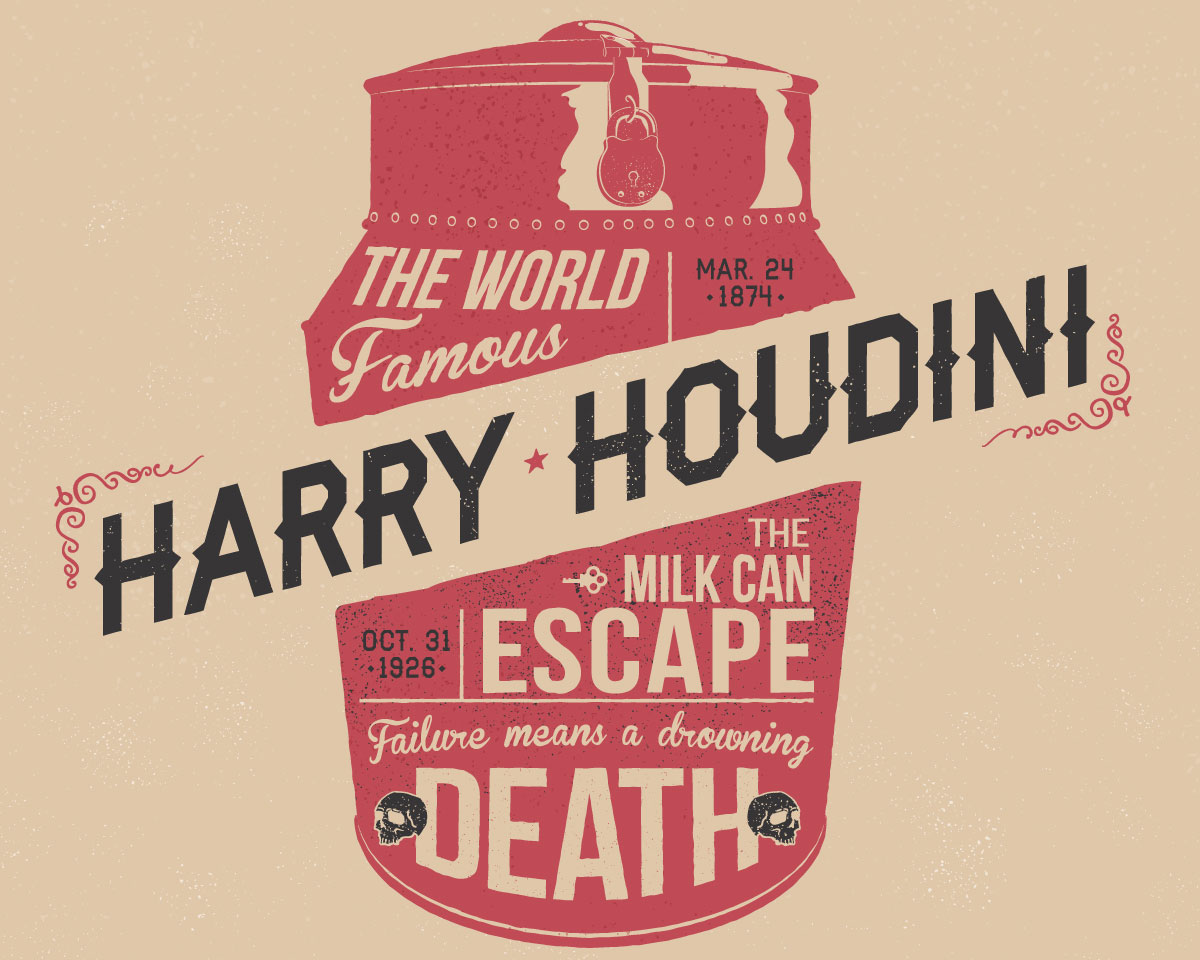 The world’s most famous magician, illusionist and escape artist, Harry Houdini, was born in Appleton, WI. At least that’s what he told people his entire life. He was actually born in Hungary in 1874 and moved to Appleton with his family in 1878.

Born Erik Weisz, Harry became fascinated with magic as a teenager and changed his name after reading the autobiography of a famous French magician, Robert Houdin. He soon started performing magic acts around the country with his brother as “The Brothers Houdini,” and then with his wife and brother as “The Houdini’s.” It wasn’t until he turned his focus to his challenge escapes and became “Houdini the Handcuff King,” that his legacy was born.

His “simple” handcuff escapes escalated quickly to death defying escapes, such as being dropped into a river while in a packing crate that was nailed shut, being suspended by his ankles hundreds of feet in the air while wearing a straightjacket, and even being buried alive. Houdini’s most famous stage escape ever was the Water Torture Cell. The act was so daring that few ever attempted it.

“As a kid, I would tear my toys apart to figure out how they work. Sometimes I would take apart my sisters toys too, much to her dismay. Magic has always intrigued me too in that I need to know how it works. I used to love that show, Breaking the Magicians Code, because it gave me the chance to finally figure out what happened to that damn elephant.”