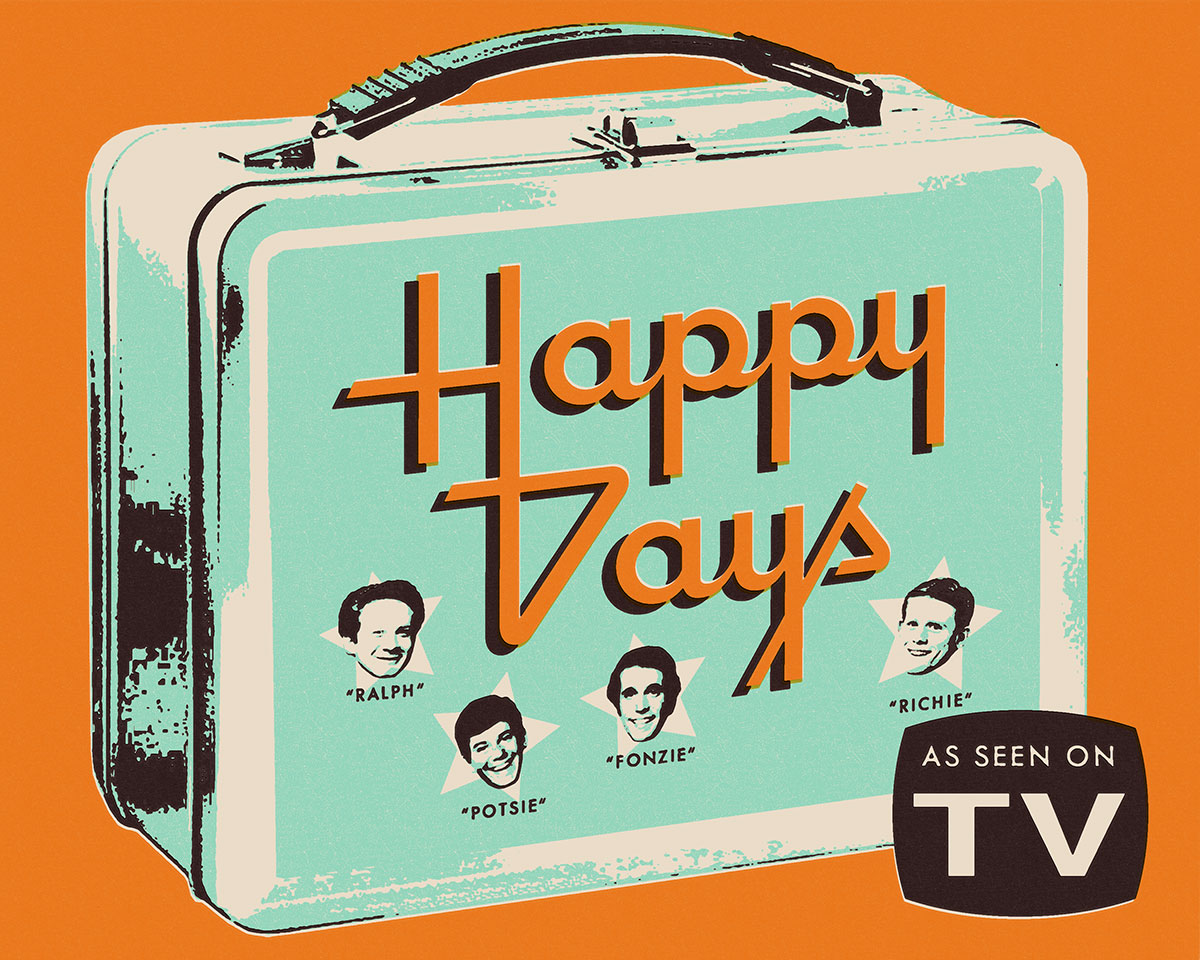 Wisconsin is a magical land and Hollywood must agree, because many a TV family have called this great state home. Some shows were set in fictitious towns—That ’70s Show (Point Place), Life With Louie (Cedar Knoll)…some in real towns—Laverne & Shirley (Milwaukee), Liv and Maddie (Stevens Point)…and some in fictitious versions of real towns—Young and the Restless (Genoa City), Step by Step (Port Washington). Many movies have been at least partially based in Wisconsin too…BASEketball, Bridesmaids, Dogma, Giant Spider Invasion, Great Outdoors, Lars and the Real Girl, Wayne’s World, Last Kiss, Back to School, etc.

THEE most popular show or movie to be set in Wisconsin though, was none other than Happy Days. Richie Cunningham, Potsie Weber, Ralph Malph and the Fonz made their debut in 1974 and went on to rule Milwaukee for 11 seasons. Happy Days came out during a time of 50s and early-60s nostalgia. The previous year had seen American Graffiti, a movie based in that same era and also starring Ron Howard, become one of the top films of 1973. Happy Days gave TV audiences a weekly escape back to that perfect 50s life that everyone wanted. It also gave the world the (in)famous term “jumping the shark!”

“I’m a fan of the first season of Happy Days, before they started using a live audience, and it felt more like a film (albeit with a laugh track). This was when Richie had an older brother off at college, who mysteriously wasn’t ever mentioned after the first season. I mainly used this as an excuse to do some 50s style lettering. Not much of a concept here except acknowledging all the merchandising that was done for the show, doing something that looks more 50s than 70s.”