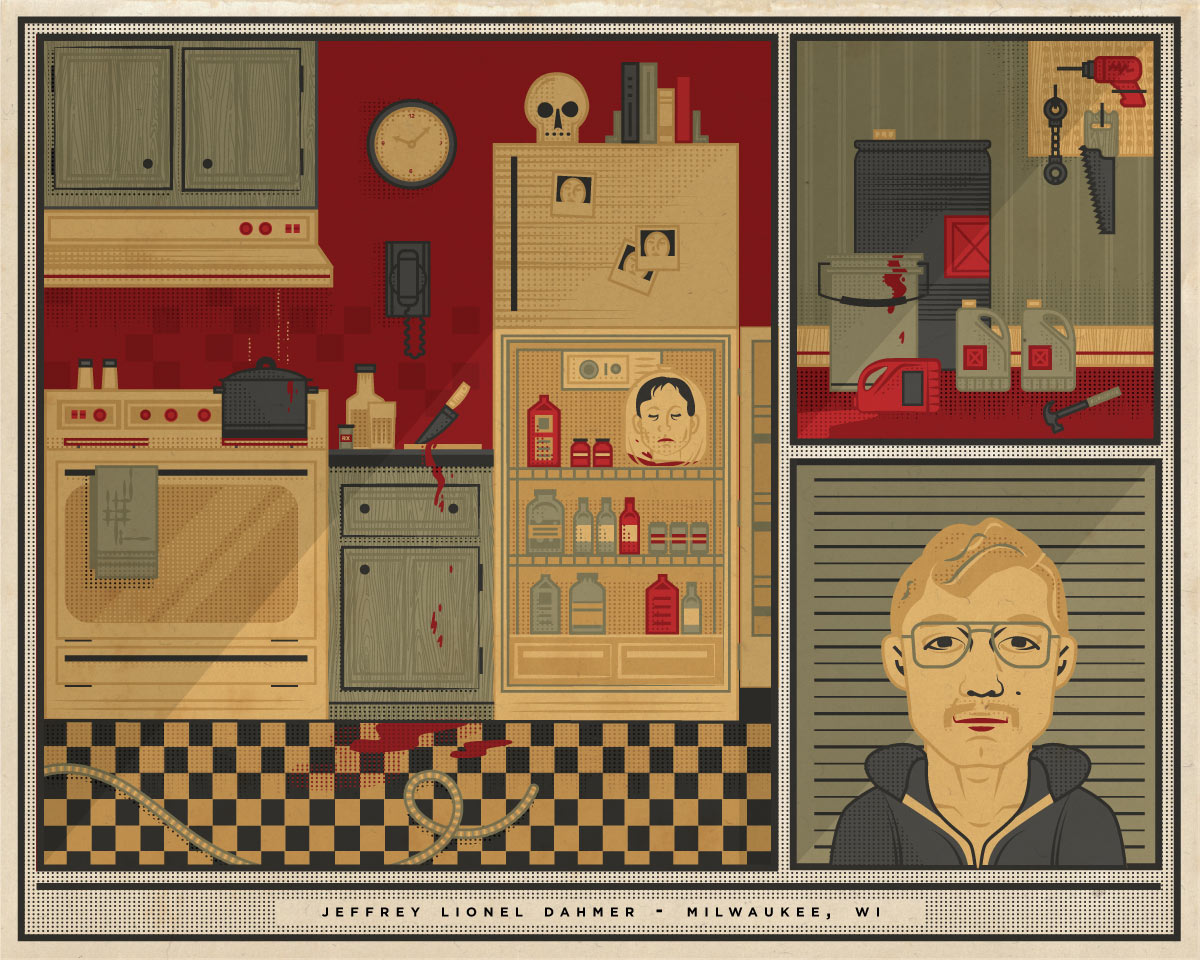 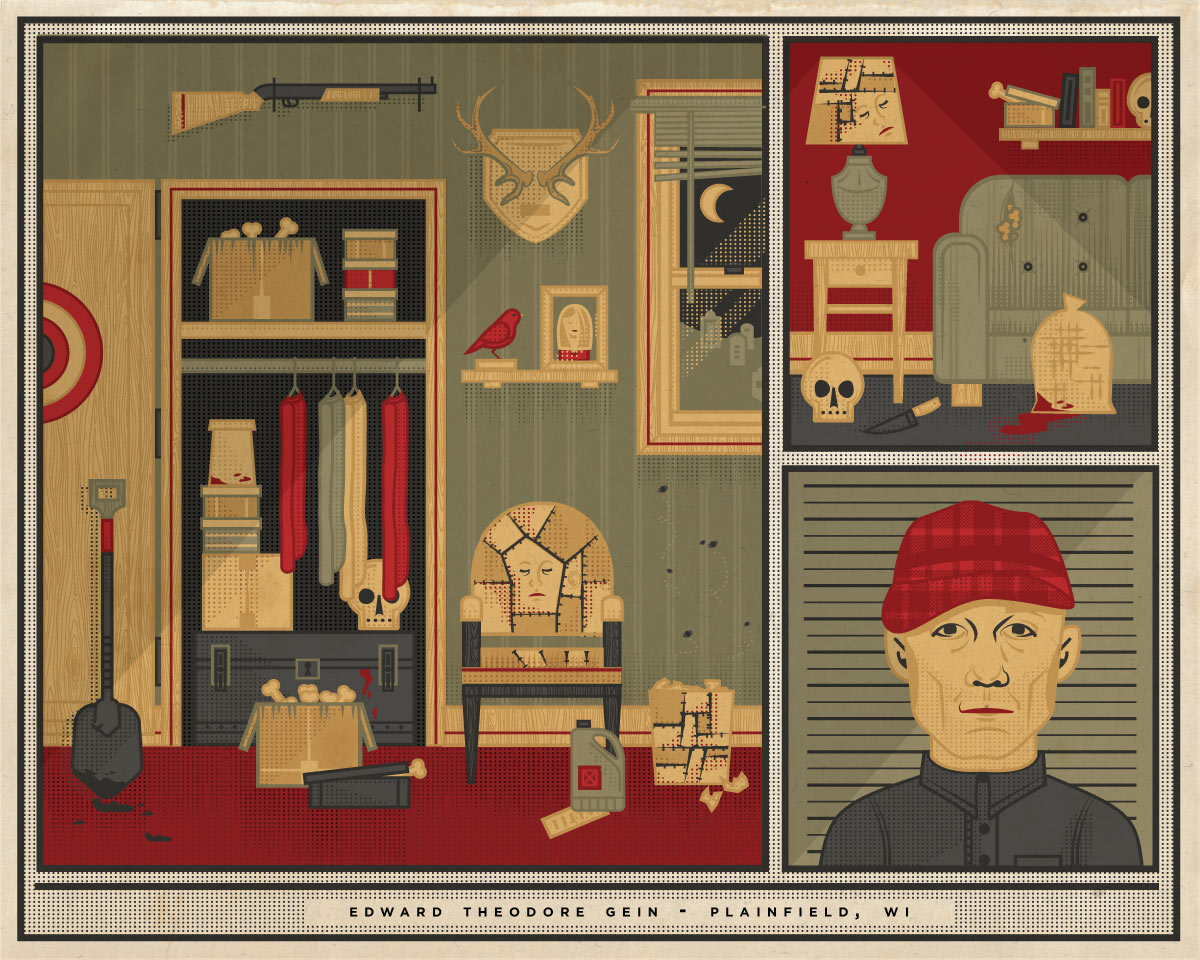 Wisconsin has been responsible for so many good things—beer, cheese, the Violent Femmes—that it’s difficult to believe that two of the most gruesome and disturbing serial killers in American history were from America’s Dairyland.

First up, Ed Gein. Hailing from Plainfield, WI, he was devoted to his mother. After her death, he began robbing graves, practicing necrophilia and experimenting with human taxidermy. He made bowls from skulls, chair seats from human skin, kept body parts as trophies, and created female skin suits. Soon after, Gein turned to murder. When police went to Gein’s farm to investigate a woman’s disappearance in 1957, they uncovered some of the most grotesque crimes ever committed. Gein inspired such film characters as Norman Bates (Psycho), Buffalo Bill (Silence of the Lambs) and Leatherface (Texas Chainsaw Massacre).

Next is Milwaukee’s own Jeffrey Dahmer. One of the worst serial killers in American history. Between 1978 and 1991, Dahmer killed 17 men, mostly young African-Americans that he met at gay bars. He would bring them home to his grandmother’s basement where he would drug them, strangle them to death, molest the corpses, and then dismember the bodies. Dahmer also kept body parts as souvenirs and often took photos of each victim at various stages of the murder process, so he could later relive the experience. Dahmer was finally caught in 1991 and sentenced to 15 life terms in 1992.

“I’ve always been interested in the horror cult graphic style. I am drawn to the grunge and color palettes and I’ve always been envious of illustrators who were able to capture a heavy mood in such a small space. I was interested in illustrating this topic because it was a subject matter that I have never tried to illustrate before. I am usually illustrating rather bright and friendly subjects, so I was excited at the opportunity to try my hand at a new, darker style and subject matter. Also, it’s not every day someone asks you to illustrate some infamously creepy Wisconsinites.”

3 thoughts on “Dahmer and Gein”