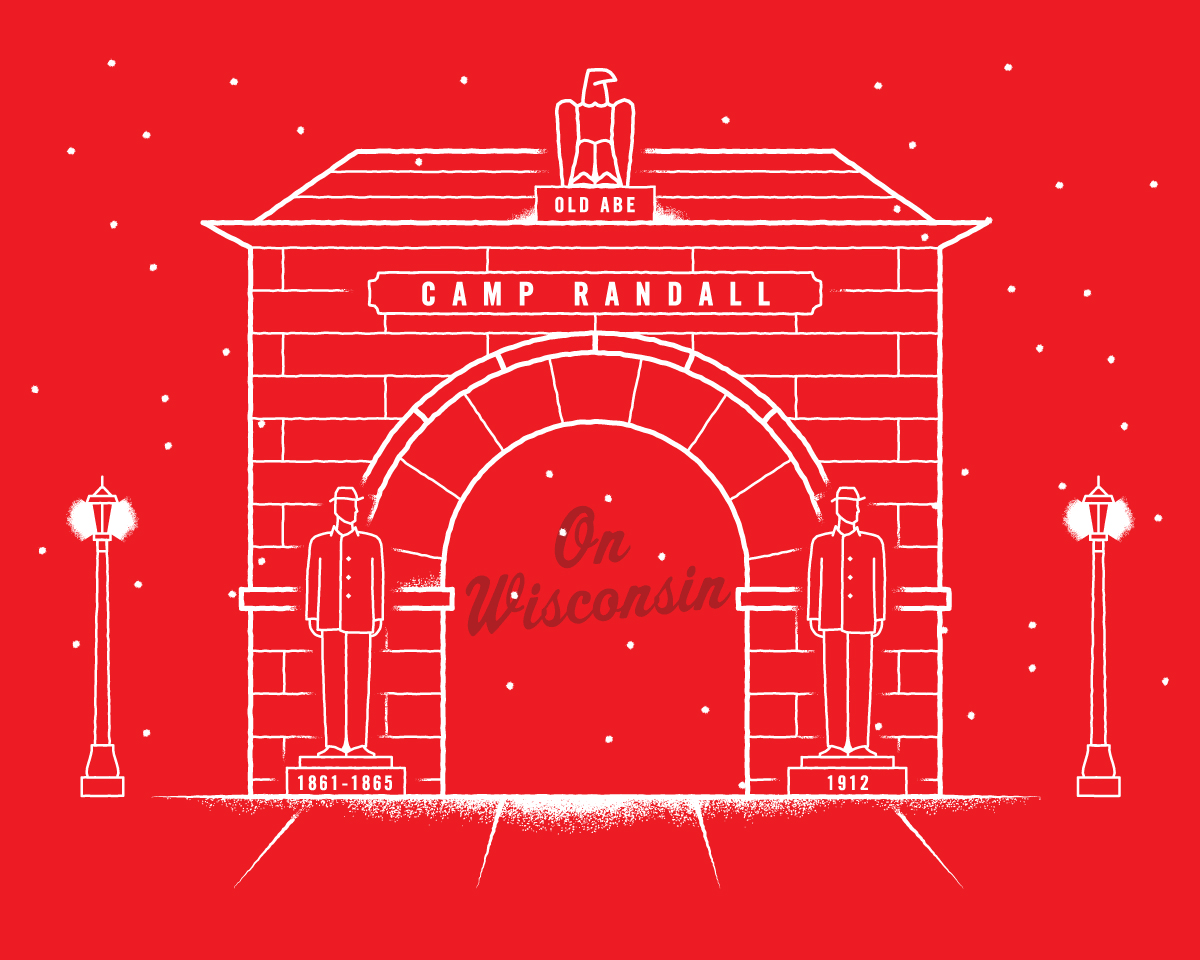 Camp Randall, which is on the National Register of Historic Places, has had two lives—as home to Union troops during the Civil War, and as home to Bucky and the Wisconsin Badgers Football team since 1917.

Originally built in 1865, Camp Randall was a training camp for the Union Army during the Civil War, with more than 70,000 recruits training there. A hospital and a stockade for Confederate prisoners of war were also onsite.

The second act of Camp Randall began in 1893 when the state of Wisconsin purchased the land of the former training camp and gave it to the University of Wisconsin. After years of the football and baseball teams playing there with rundown wooden bleachers, Camp Randall (the stadium) was built in 1917.

Today, Badger Saturday’s in Madison have become the thing legends are made of. With generations of Badgers fans filling the lawns and streets, the sea of red making the pilgrimage to Camp Randall every game day is a beautiful thing.

“The memorial arch came to mind when I saw Camp Randall listed as one of the subjects for Wisconsin Storytime. It’s something that you pass by every Badger Saturday that you can’t ignore, and it’s a great reminder of the courageous soldiers that fought on behalf of Wisconsin. Here’s to another season of On Wisconsin!”