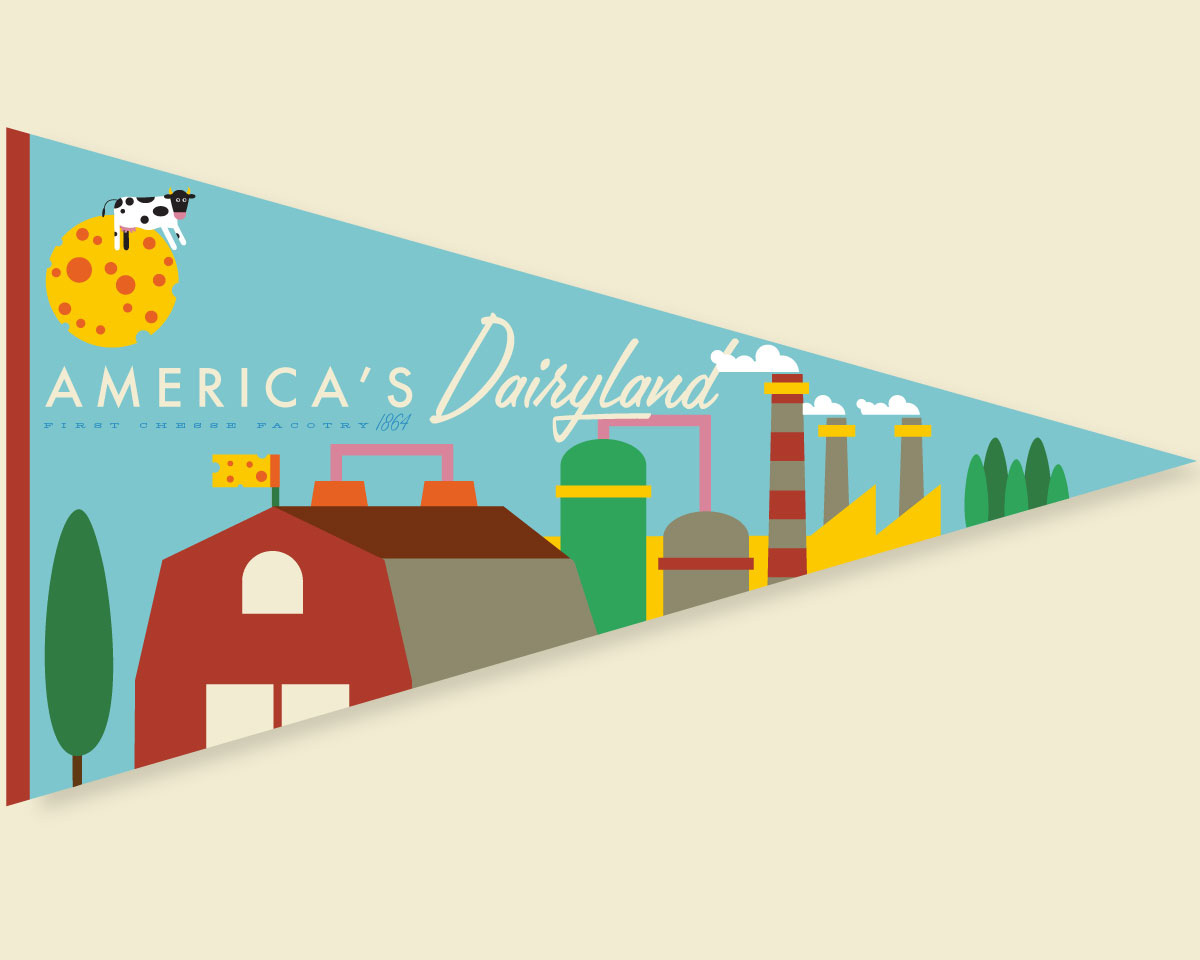 Wisconsin’s dairy tradition dates back to the early 1800s. For years, Wisconsin was the top wheat producing state in America and it took a toll on the land’s soil. Farmers were forced to try new things and that’s when dairy farms started to takeover. By 1899, over ninety percent of Wisconsin farms were raising dairy cows and by 1915, Wisconsin had become the nation’s leading dairy producer.

Farmers began using their milk to produce butter and cheese in the mid-nineteenth century. By 1910, Wisconsin was the largest cheese producing state in America. The state’s cheese making was heavily influenced by European immigrants as well as UW–Madison’s school of agriculture. The University offered education to dairy farmers and were at the forefront of butter and cheese testing.

Wisconsin has more skilled and licensed cheesemakers than any other state. These craftsmen produce over 600 different cheese varieties, and more than 2.8 billion pounds of cheese each year. That’s over 25 percent of all domestic cheese. We ARE cheese. We ARE milk. We ARE butter. We ARE America’s Dairyland!

“Based on the deliciousness of cheese curds, devotion of cheesehead sports fans and the fact that cows outnumber people 10-1, “America’s Dairyland” is a fitting nickname. I feel being the dairy leader deserves a pennant to be hung alongside Packers memorabilia. Being born in Florida I never truly appreciated dairy until I called Wisconsin home, and thankfully in Chicago I’m never too far away from some Wisconsin cheese curds.”