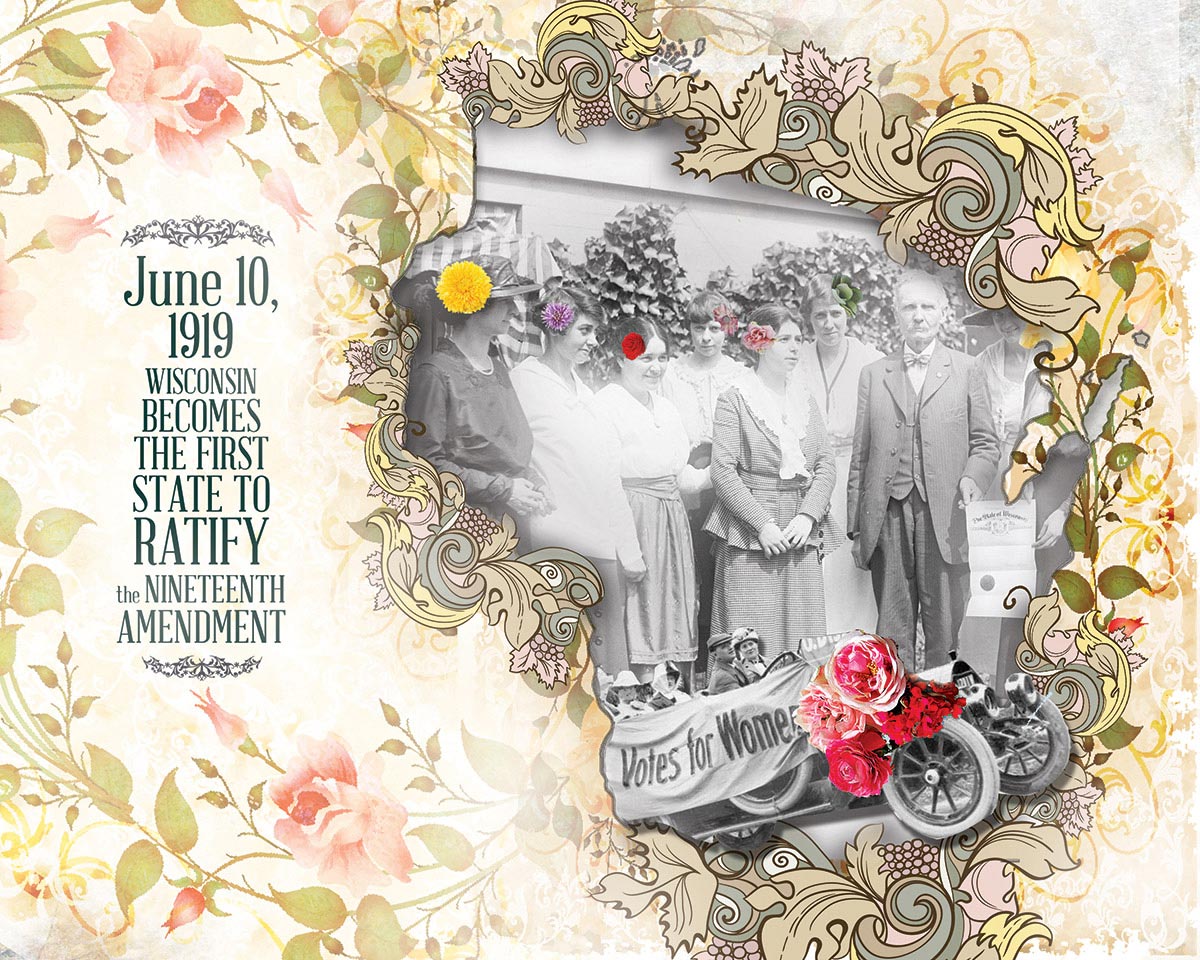 On June 10, 1919, Wisconsin became the first state to ratify the 19th Amendment to the U.S. Constitution, the legislature that would give women the right to vote. Illinois actually approved the amendment before Wisconsin, but a misprint in their paperwork required them to resubmit, so Wisconsin came in first! Ha!

In 1869, the Wisconsin Women’s Suffrage Association was founded and helped women win the right to run for local school board elections…even though they couldn’t actually vote on those elections for another fifteen years. They continued to push on though, and finally on August 26, 1920, the 19th Amendment’s adoption was certified by the U.S. Secretary of State. It was just one of the many times Wisconsin was at the forefront of a historical movement.

“I can’t comprehend that less than 100 years ago women didn’t have the right to vote. Its inspiring that so many strong women came together for change. It’s also awesome that we were the first state to ratify the amendment. You go, Wisconsin! Woman’s suffrage is a nice reminder that anything is possible. I really wanted to romanticize a key moment from the movement, while also celebrating women in all our feminine glory. Girl power!”

1 thought on “The Woman’s Suffrage Movement”