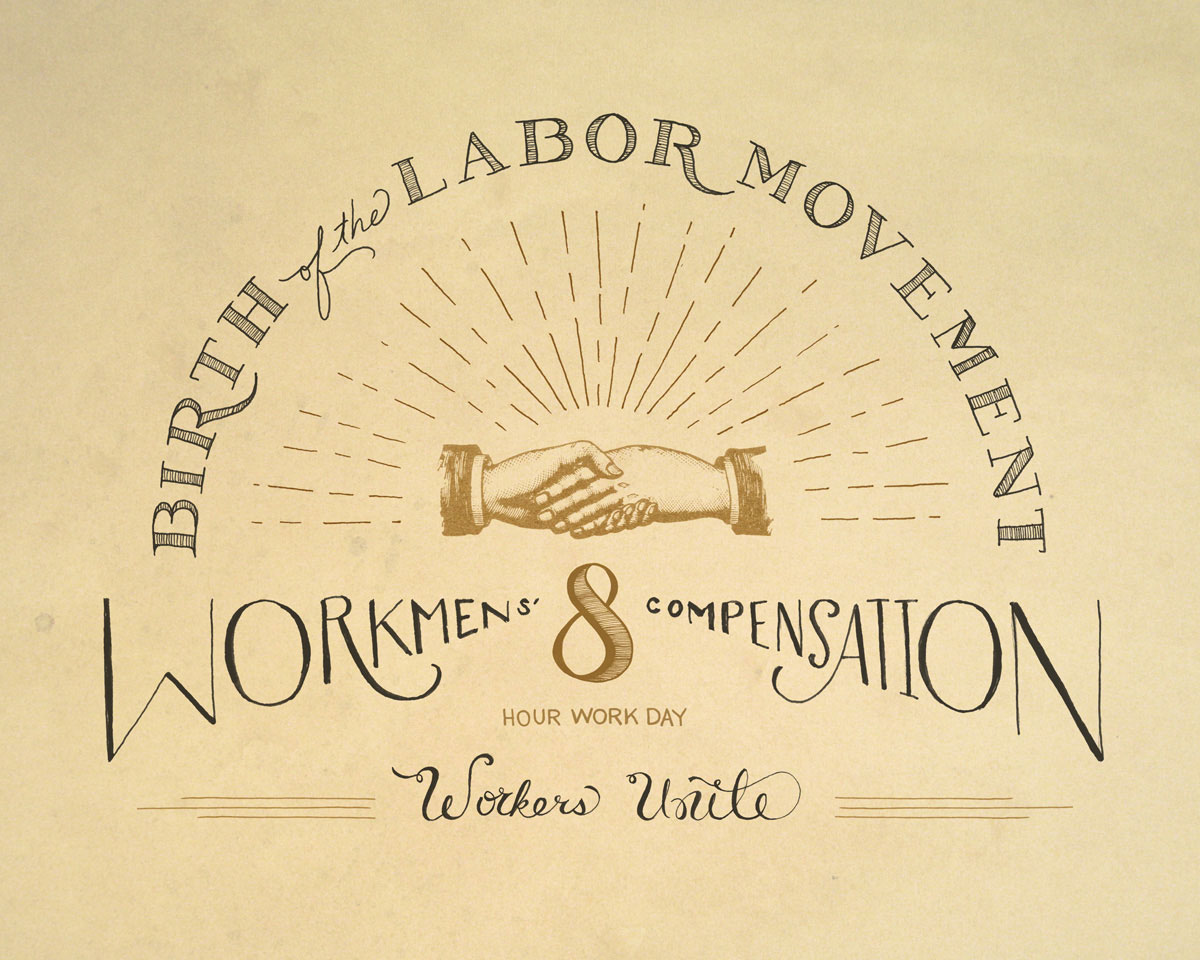 Workers across the United States owe a lot to Wisconsin’s role in the history of the labor movement. Not only was Wisconsin responsible for the nations first Workers Compensation and Unemployment Compensation laws, the study of labor history itself also began at the University of Wisconsin by economist John R. Commons.

Wisconsin’s workers learned early on that there was more strength in numbers. Our first unions were formed in Milwaukee by the bricklayers in 1847 and the carpenters in 1848. In 1867, Milwaukee shoemakers founded the Knights of St. Crispin, the first national trade union in Wisconsin and the nation’s largest union.

Many of the every day things in our workplace that we take for granted, were the result of Wisconsin’s early labor movement. Thanks to our forefathers, now we ONLY have to work eight hours a day, children don’t work alongside their mothers (unless they’re grownup and in to that), and companies have to pay your wages in actual money. Employers used to be able to pay in monopoly money that could only be redeemed at their own “company store.”

“I chose the topic of labor history because of its importance in my family. Though most of my family were immigrants, absent for the birth of the movement, they would not have been successful in this country without the change this movement set in motion. Also, my father is currently a labor union member so the ties at home have always been very strong.”